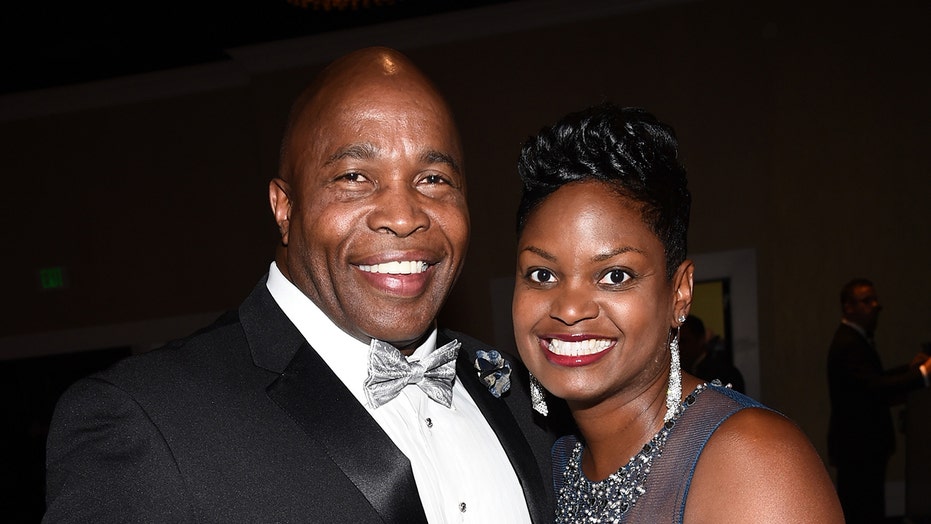 An off-duty Texas sheriff’s deputy -- who had appeared as a bailiff in a courtroom reality TV show -- was arrested Monday in the fatal shooting of his wife after what police are calling a “domestic disturbance” over the weekend.

Renard L. Spivey, 63, was booked into the Harris County Jail Monday on a murder charge, just one day after his wife was found dead in their home.

Houston Police were called to a residence in the 5000 block of Briscoe Street at around 3:10 a.m. Sunday after reports of “a shooting in progress.”

Once on the scene, authorities found an off-duty Harris County Sheriff’s deputy, later identified as Spivey, with a gunshot wound to the leg. Police later discovered a deceased woman, Patricia Ann Marshall Spivey, 52, on the property.

Renard Spivey was taken to an area hospital where he was treated and released prior to his Monday.

Police said there was a third person in the home, an elderly man who wasn't otherwise identified and who reportedly said he “did not hear or see anything.”

Neighbors told KHOU that Spivey had appeared on several TV shows including one called "Justice for All with Judge Cristina Perez” from 2012 to 2016. According to his IMBD profile, which also lists him as a Harris County Sheriff’s Deputy, he was also cast in "Corruption.Gov" in 2010 and "Married Men and Single Women" in 2011.

Spivey was charged with the murder of his wife and is due back in court Wednesday.