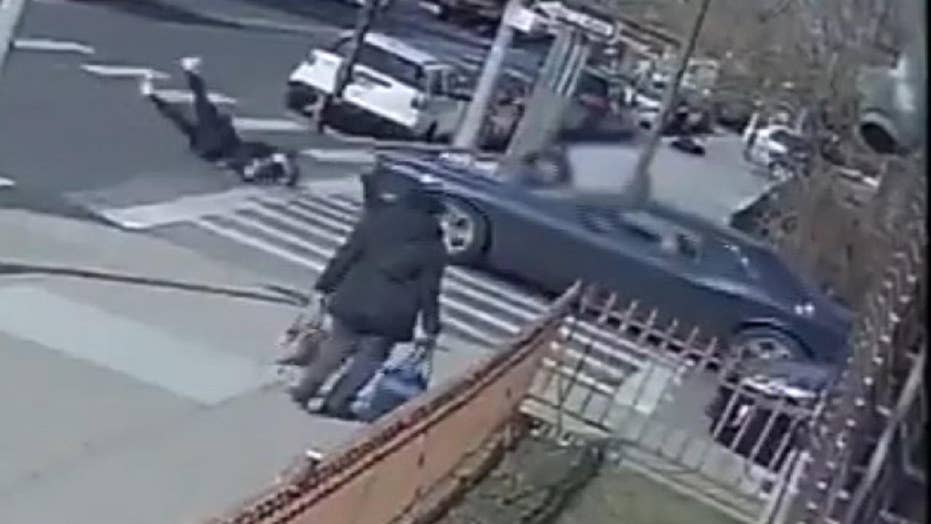 Surveillance cameras from a New York City apartment building captured a harrowing scene: a hit-and-run driver striking a 14-year-old girl, who is sent hurtling into traffic -- before getting back on her feet, lucky to be alive.

The NYPD released footage from the video Saturday, seeking to identify the female driver.

The teen, Xin Yi Wang, only sustained bumps and bruises and says the video is hard to watch.

“I see myself just fly on the ground,” she told WCBS-TV. “In my memory I would say it’s just a short distance, but when [I] see the video, it’s a long distance flying. I was…oh my God, lucky I didn’t get hit by another car.”

Xin Yi Wang, 14, said she is lucky she wasn't hit by another car after being struck by a hit-and-run driver in New York City last month. (NYPD)

Xin was coming home from school March 27 in Borough Park, Brooklyn, when she was hit.

The video shows her walking in a crosswalk at the time, apparently with the right of way based on the traffic flow.

Police said the vehicle that struck her was a Dodge Charger with Georgia license plates.

The video shows the driver getting out of the Charger, talking to Xin, getting back in and then driving away.