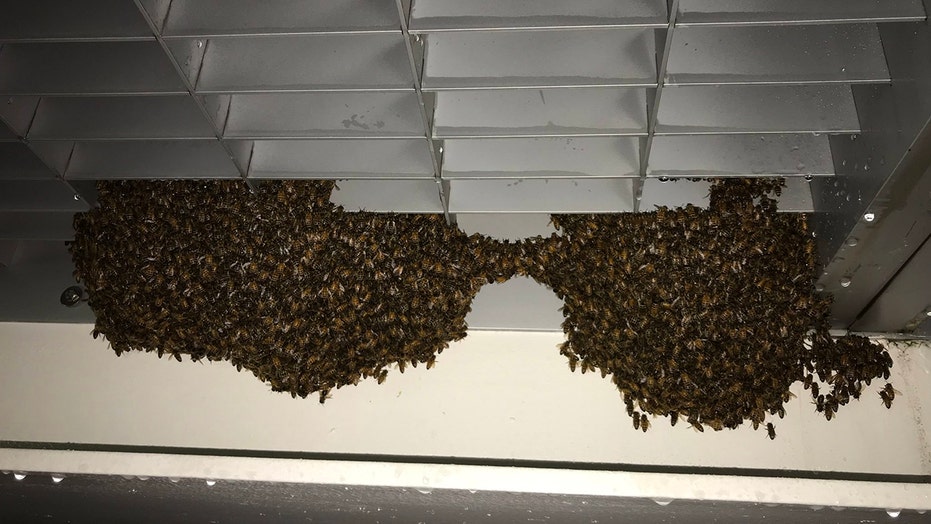 NYPD officers fighting to save honeybees

The declining honeybee population is a danger to American crops and the economy. A grassroots program featuring a pair of NYPD officers is trying to keep the bees and their data alive.

The bees swarmed on an awning at the St. George Ferry Terminal on Staten Island. NYPD Officer Darren Mays retrieved the bees without a problem — except for one, which stung him.

Mays is one half of the department's beekeeping duo. Officer Michael Lauriano, who works the dayside beekeeping shift, told Fox News last week calls about bee swarms "can come pretty much 24 hours a day."

The infamous swarms that appear throughout New York City are most likely from the hives of amateur beekeepers “who mismanaged it,” Mays said.

Swarms have appeared to become more frequent in the Big Apple after the city council voted in 2010 to legalize beekeeping, bringing and an influx of keepers and hives to New York.