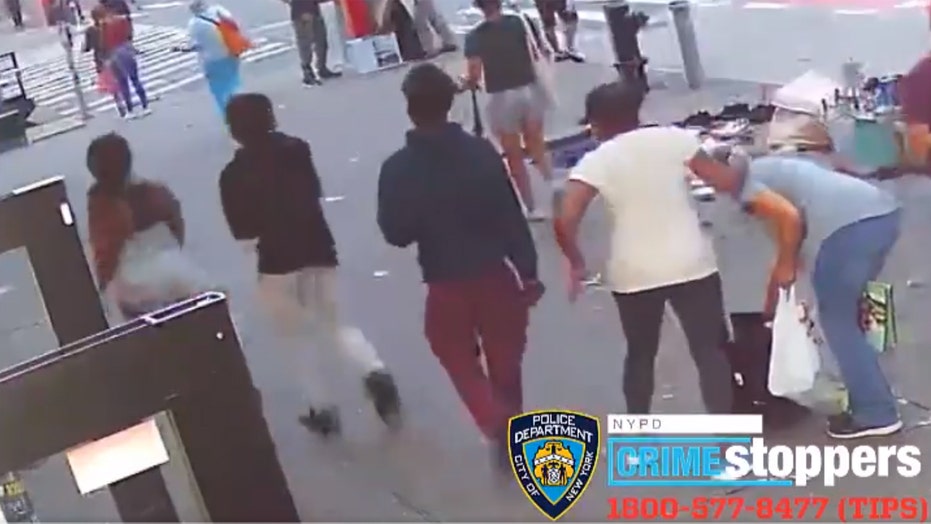 A 74-year-old woman in Manhattan was punched in the face after she confronted a group of teenagers who snatched her purse, police said.

The incident happened around 7 p.m. Thursday as the woman was standing on East 14th Street in the East Village, the NYPD said.

Security video obtained by WPIX-TV shows three people passing the woman, one of whom grabs the woman's purse.

As she turns to confront the thieves, one of them punches her, knocking her to the ground.

A 74-year-old woman (wearing a white shirt) confronts a group of teenagers after her purse was stolen before she was punched in the face on Thursday. (NYPD Crimestoppers)

.The NYPD said the person who grabbed the purse dropped it and all three fled. No arrests have been made.

“Although the victim sustained bruising and swelling to her face, and cuts and scrapes to her hands, she refused medical attention,” police said.

The suspects, two males and a female, were described by the NYPD as between 14 and 18 years old.

The woman told WABC-TV she's lived in New York City since 1963 and never experienced anything like what happened Thursday, saying she wants the neighborhood "cleaned up." 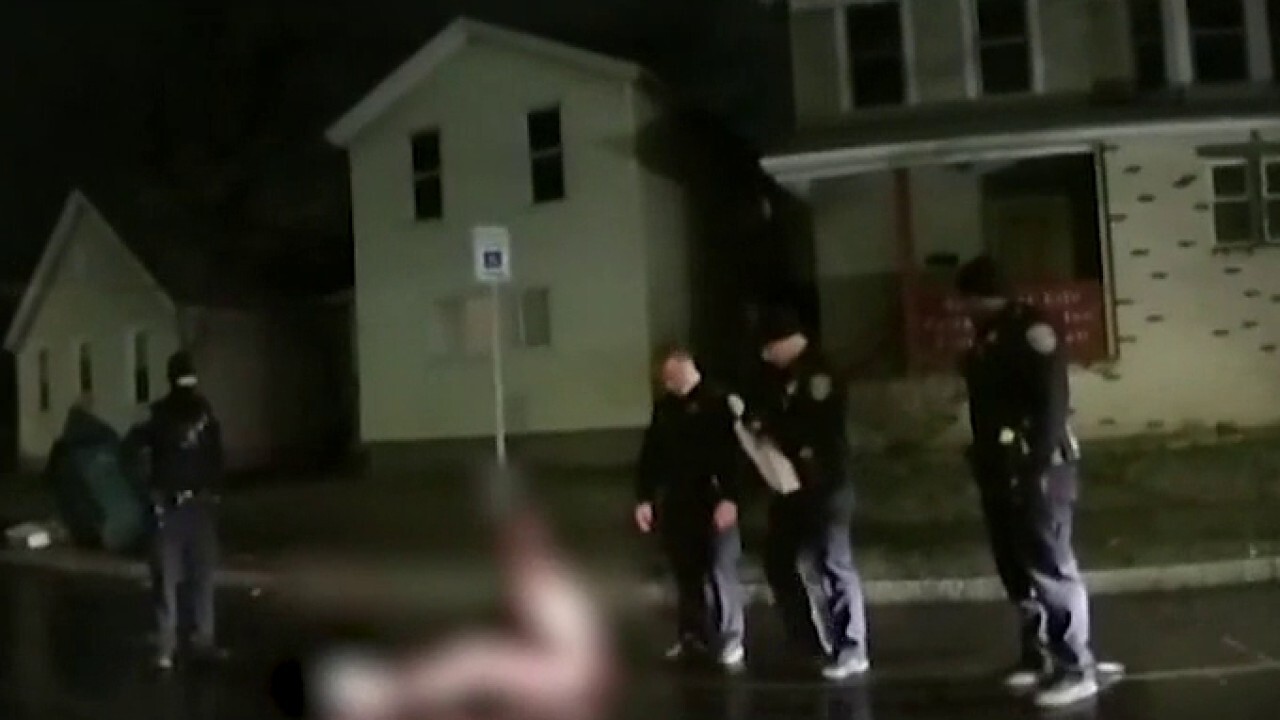 The incident came a day after the NYPD announced that robberies and assaults are edging up in the nation's largest city.

More importantly, gun violence is surging in the city, up 166% in August compared to the same month last year, the NYPD said.