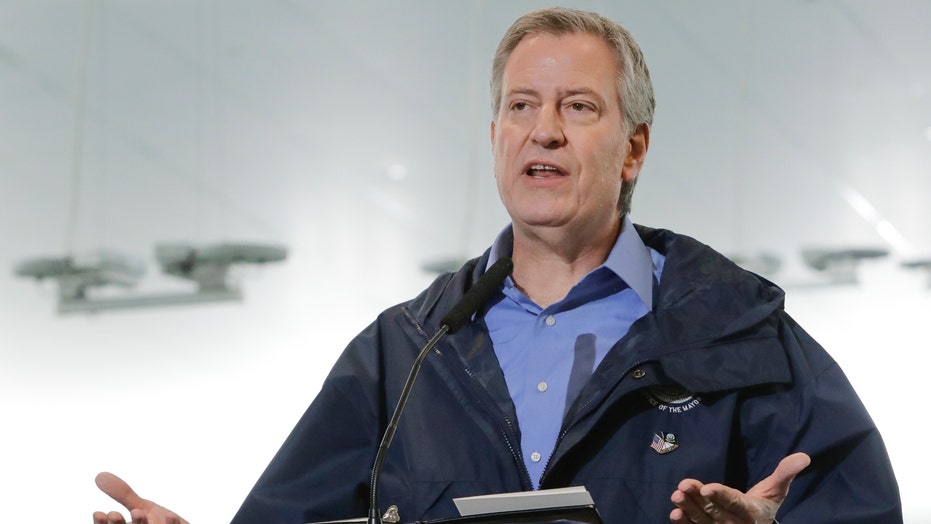 Police on Tuesday were sent to break up the funeral of a New York City rabbi who died from COVID-19, according to a spokesperson for Mayor Bill de Blasio.

“I empathisize [sic] with the desire to mourn those we’ve lost, but this is absolutely unacceptable,” tweeted Freddi Goldstein, the mayor’s press secretary.

Her post included a retweet of photos that appeared to show hundreds of people, dressed in black, packing an intersection on Rutledge Street in Brooklyn’s Williamsburg neighborhood. The caption of the original tweet said the gathering was for the funeral of Rabbi Chaim Mertz.

“The Mayor is on the scene and the NYPD is breaking this up,” she wrote.

In a series of related tweets, de Blasio himself wrote that “something absolutely unacceptable happened in Williamsburg tonite [sic].”

New York City, which has seen more confirmed coronavirus cases than any state besides the one it’s a part of, has mandated social distancing to try and stop the spread of COVID-19 -- measures that de Blasio says are working.

But the mayor drew criticism earlier this month for opening up a text-message hotline to allow city residents to report individuals and businesses who disobey the social distancing rules.

The restrictions include keeping at least 6 feet away from non-family members and the closure of nonessential businesses -- and they specifically prohibit “gathering in groups.”

Funeral homes, crematoriums and cemeteries count as essential businesses, according to the city, but there is still no exemption for crowds.

De Blasio told New Yorkers on April 18 that they can snap smartphone photos of social distancing violations and text them to authorities and “enforcement will come.”

“Now it is easier than ever,” he said in a video posted to his official Twitter account. “When you see a crowd, when you see a line that’s not distanced, when you see a supermarket that’s too crowded -- anything -- you can report it right away so we can get help there to fix the problem.”