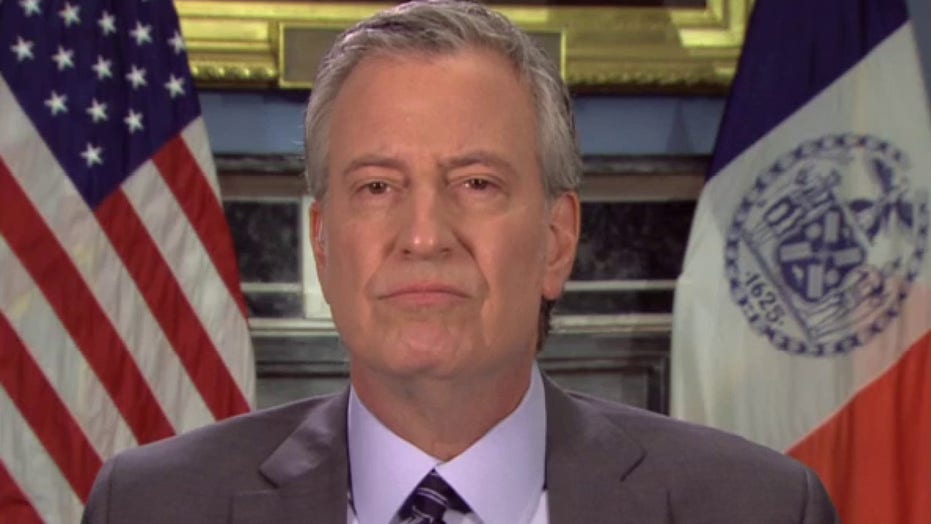 Rudy Giuliani on re-opening America: We have to get something started

New York City Mayor Bill de Blasio told New Yorkers Saturday that they can snap smartphone photos of social distancing violations and text them to authorities and “enforcement will come” as the coronavirus shutdown remains in place across the Big Apple.

“Now it is easier than ever,” he said in a video posted to his official Twitter account. “When you see a crowd, when you see a line that’s not distanced, when you see a supermarket that’s too crowded -- anything -- you can report it right away so we can get help there to fix the problem.”

The city’s social distancing guidelines include standing at least 6 feet apart from other people. De Blasio announced at the end of March that people violating them could face fines of up to $500.

The mayor opened Saturday’s video by praising city residents for largely adhering to the guidelines and for being “extraordinary at social distancing,” noting that people are normally used to bustling crowds throughout the five boroughs.

“Thank you everyone who’s done it the right way, but we still know there’s some people who need to get the message,” he said in the video. “And that means, sometimes, making sure the enforcement is there to educate people.”

How does one summon such enforcement?

“Text the photo to 311-692 and action will ensue,” the mayor said, emphasizing the rhyming syllables.

“It’s about saving lives,” de Blasio added. “Sending that photo in is gonna help make sure that people are kept apart, and that’s going to stop the disease from spreading. And that’s gonna save lives.”