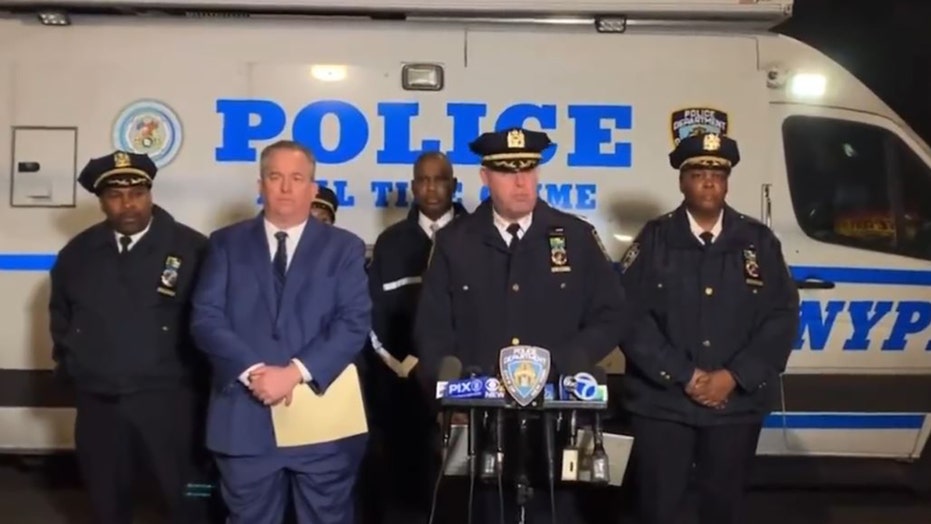 NYPD investigators are searching for a male suspect who was caught on video shoving a 73-year-old man to the ground in a broad daylight robbery attempt on Sunday.

A 73-year-old man and two little girls, ages 3 and 7, were among victims of violence in New York City last week, while the police department said Monday shootings and overall crime remained higher so far this year compared to 2021.

There were 25 shootings reported between March 21 and March 27, a slight increase from the 23 incidents during the same time in 2021, the New York Police Department’s (NYPD) most recent police department statistics, released Monday, show.

And 27 people were wounded in those shootings compared to the 25 last year, NYPD data further show. Transit crimes from March 21 to March 27 were up 20.7%, robberies were up 48.1% and felony assaults were up 22.1% and grand larceny auto was up 77%, cops said. Meanwhile, murders were down 40% year-over-year.

As for total index crime, which encompasses the NYPD’s seven main types of offenses, the department saw a 35% increase compared to the same time last year.

One of the week’s victims was a 73-year-old, who was buying lottery tickets inside a store on Eighth Avenue near West 40th Street just after 10:45 a.m. on Sunday when a stranger tried grabbing his wallet, police said.

The man was able to resist the stranger and left the store. But the same person approached him as he was crossing the street, shoving him to the ground and kicking him, police said. NYPD video shows the brute kick his victim as he reaches down and tries again to steal his wallet.

The victim was able to hold onto his wallet and was ultimately taken to a local hospital in good condition. His attacker fled into a nearby subway entrance, police said.

Also during the week, at least two gunshot victims were children ages 3 and 7, the NYPD has said.

In the first incident, the 7-year-old child was standing with her mother, age 28, in Brooklyn shortly after 3 p.m. on Monday when they heard shots being fired, the NYPD told Fox News Digital at the time. They left the area and made it back to their home nearby without realizing anyone was injured.

But the girl started complaining about two and a half hours later about stomach pain, the NYPD said. When the mother checked on the pain, she discovered that her daughter suffered a graze wound to the left side of her abdomen. The victim was rushed to an area hospital for treatment.

Then, on Friday, a 3-year-old girl and her father were leaving a daycare in Brooklyn when she was shot as the gunman was targeting a different man – who was also with a young child at the time, police said.

The young girl and her dad were leaving the Brownsville daycare around 6 p.m. Friday when the shooter opened fire. She was rushed to an area hospital and was expected to survive, but police are still hunting for their suspect.