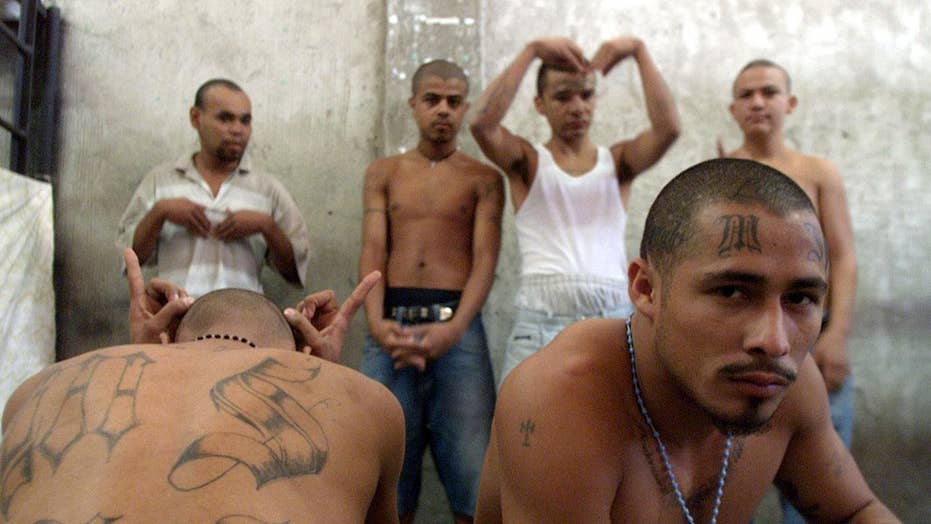 Bumbling state prison officials put a reputed MS-13 gang member back on the streets — even though the feds ordered him held on a murder charge that carries the death penalty, The Post has learned.

Ever Morales-Lopez, 26, was granted early parole for a 2018 conspiracy conviction on Long Island and released from the medium-security Washington Correctional Facility in Comstock on Sept. 3, records show.

But a federal arrest warrant for Lopez-Moralez was lodged with the state after he was indicted in July, along with seven other reputed MS-13 members, on racketeering charges that cover six murders, two attempted murders and a kidnapping conspiracy, a law-enforcement source familiar with his case said.

The warrant was supposed to ensure he was transferred to federal custody to await trial instead of being sprung, the source said.

Instead, the FBI didn’t learn Lopez-Morales had been freed until Sept. 8 — five days after he was cut loose.

But members of the FBI-Long Island Gang Task Force were able to track him down and bust him within 12 hours, the source said.

Following his arrest, Lopez-Morales was hauled into Central Islip federal court on Thursday and ordered held without bail, based on a judge’s findings that he posed a “serious risk” of flight and “danger to the community,” court records show.

Morales-Lopez — whose nicknames include “White Boy” and “Lenky” — is accused in the murder of Kerin Pineda, a rival gang member who was lured to a secluded, wooded area near the Merrick-Freeport border on on May 21, 2016.

Lopez-Morales allegedly served as one of three lookouts who kept watch for cops as several MS-13 members used machetes to hack Pineda to death and bury him in a grave that had been dug a day earlier.

One of the charges against him, murder in aid of racketeering, carries either a mandatory life sentence or the death penalty.

Prosecutors haven’t yet decided whether to seek capital punishment.

Prior to his release, Morales was serving a sentence of 3 and a half to 10 and a half years after pleading guilty to two counts of conspiracy in Nassau County in 2018.

That conviction followed his arrest with 16 other reputed members and associates of MS-13 on charges that included murder, conspiracy to commit murder and drug trafficking.

The allegations against Lopez-Morales involved conducting reconnaissance in New Jersey to find somewhere without any nearby surveillance cameras to kill a rival gang member, and discussing where to bury the victim’s body and how deep to dig the hole.

Although he wasn’t supposed to be eligible for parole until April 8, records show he was granted a “merit release” that reduces the length of an inmate’s sentence by one-sixth.

The perk is available to prisoners “who have exhibited an acceptable disciplinary history and have achieved significant programmatic benchmarks,” according to the state Department of Corrections and Community Service website.

It’s unclear when he’s due back in court.

Neither a spokesman for the state Department of Corrections and Community Supervision nor Lopez-Morales’ defense lawyer returned requests for comment.