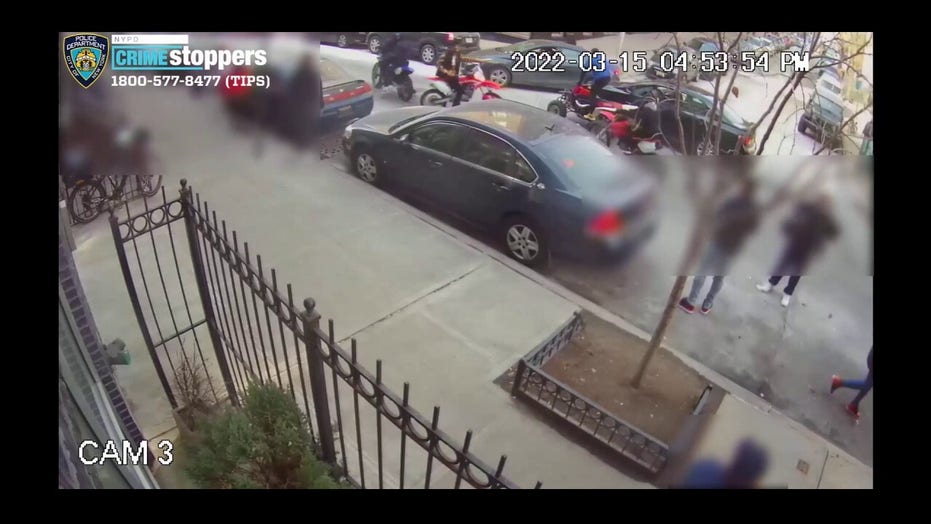 A group of New York City dirt bike riders yank a father and son out of their car, then beat and rob them in broad daylight

A group of New York City dirt bike riders yank a father and son out of their car, then beat and rob them

A doorman at a hotel in New York is being heralded as a hero after he stepped in to help a 9-year-old girl who was the victim of a daytime assault.

While the quick-thinking Neil Johnson, 60, was unable to prevent the assault, he noticed it and made sure the suspect, later identified as 27-year-old Raheem Ramsarran, was brought to justice after he chased him down and detained him until law enforcement authorities could arrive, police said.

According to police and witnesses at the scene, Ramsarran was acting wildly at the Plaza Hotel around 11 a.m., when he punched the 9-year-old, who was on vacation from Florida.

The 5th Avenue area is completely empty on Friday, March 2020 in New York, NY. The city officially announced the closure of all non-essential businesses and implemented a lockdown order earlier in the week. (Photo by Erin Lefevre/NurPhoto via Getty Images)

"I saw the woman crying, and they’re running away from this guy, and he’s walking fast toward them. So got to do something," Johnson told the New York Post.

He then sprung into action, quickly getting some help from another pedestrian.

"I got in between them and this crazy guy. And then another guy joined me, who apparently saw the whole thing happened. So we just made sure that this person couldn’t go," he added, according to the report.

Yelena Contreras Molerio, 36, the girl’s mother, told the outlet that her daughter was treated at the scene and that she denied further treatment.

NEW YORK, NEW YORK - MARCH 20: A view of One Vanderbilt during a sunrise as seen from the Edge observation deck at Hudson Yards on the first day of spring on March 20, 2022 in New York City. (Photo by Noam Galai/Getty Images)

Another witness of the incident, Ahmed Ahmed, 41, told the New York Post that he saw the alleged suspect "push the girl on the ground" before he ran away, but did not witness a punch.

The cause of the attack was not immediately clear, though Johnson speculated that the alleged suspect was suffering from a mental health condition.

"That little girl is never going to want to come to New York City ever again," the doorman added, per the report.