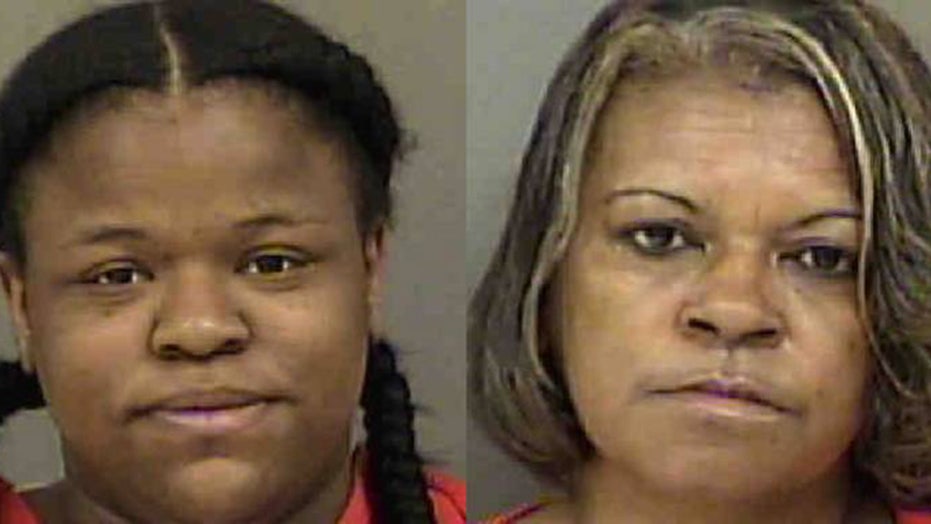 The wife and the mother of a North Carolina man who is behind bars on hit-and-run and gun charges were themselves sent to prison Monday after the pair participated in a bid to help the man make bail money by aiding his scheme – which he arranged from jail – of sex trafficking minors, officials said.

Both had pleaded guilty to the crimes last year.

According to officials, Wright’s husband, Zerrell Fuentes, arranged the entire scheme from inside the jail and recruited girls to engage in prostitution to earn money for his bail. His wife and mother carried out the plan.

Zerrell Fuentes arranged from inside a North Carolina prison to have three minors sex trafficked to raise money for his bond. (MECKLENBURG COUNTY JAIL)

Between April 28, 2016, and May 8, 2016, the women drove the victims from Charlotte to Myrtle Beach, S.C., for the purpose of engaging in commercial sex acts, prosecutors said. Wright’s phone was also used to post prostitution advertisements on the Internet.

While in Myrtle Beach, at least two of the victims committed sexual acts or had sexual contact, prosecutors said. Wright and Tanya Fuentes were arrested in April 2017.

The victims’ ages were not released.

Zerrell Fuentes, who pleaded guilty last year, has not been sentenced but faces up to life imprisonment and a $250,000 fine.