Walmart employee kills six others and self in shooting.

One person was shot Friday at a Walmart in North Carolina and authorities were trying to find the suspected gunman.

Lumberton police officers responded to the big-box retail store just before 11:30 a.m. amid reports of gunshots inside. When officers arrived, the store was being evacuated, but they did not find the shooter or that anybody was injured.

Surveillance video shows the shooter fleeing the store as it was being evacuated, police said.

That footage has not been released.

A Lumberton, North Carolina Walmart where someone was shot Friday. The big box retail giant has seen two shootings in separate locations in a span of just a few days this week.  (Google Maps)

Within a few minutes of being alerted to the shooting, authorities were told someone with a gunshot wound arrived at the University of North Carolina Health Southeastern hospital with a non-life threatening injury.

"This appears to be an isolated incident between two individuals who are familiar with each other," the police department said. "The suspect has been identified and investigators are attempting to located [sic] him at this time."

This shooting comes just days after a Walmart employee killed six people inside a Chesapeake, Virginia store, wounded several others and taking his own life. 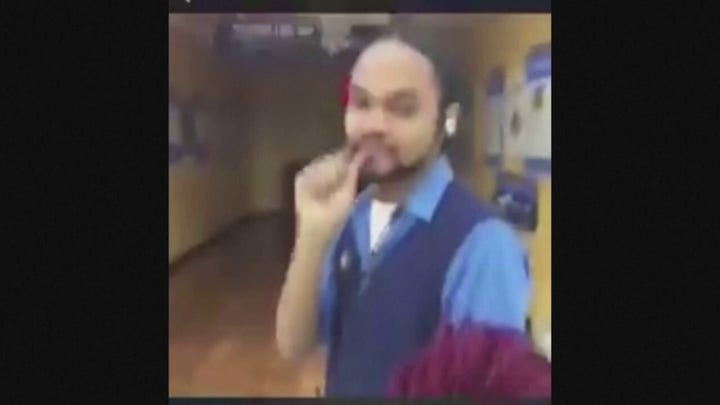 The suspected gunman in that case, Andre Bing, is believed to have died from a self-inflicted gunshot wound. In a manifesto, Bing allegedly claimed he "was harassed by idiots with low intelligence and a lack of wisdom."

He legally purchased the 9mm handgun used in the shooting from a local store that morning and had no criminal history, police said Friday.