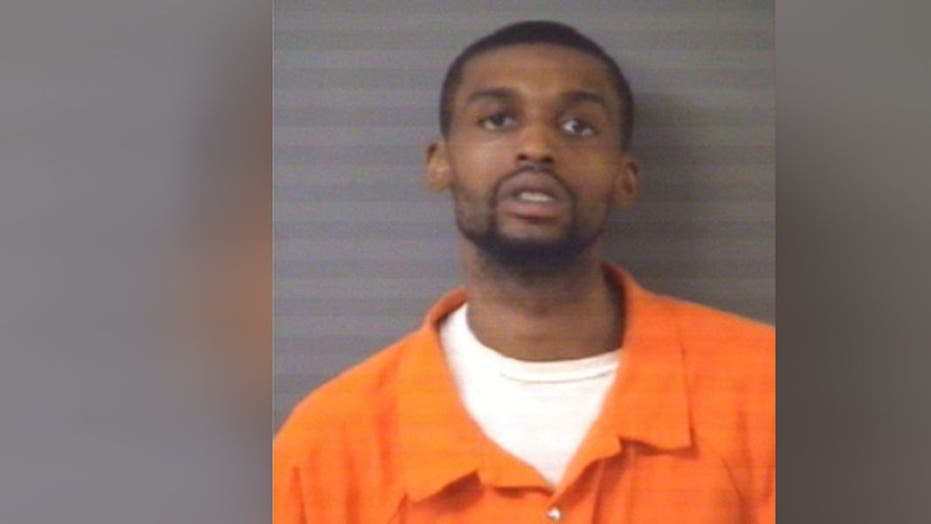 A North Carolina man has been charged with walking up to a 5-year-old boy playing outside and shooting him in the head, according to a report.

Darius Sessoms, 25, was taken into custody Monday charged with first degree murder in the death of the boy, Cannon Hinnant, in Wilson, N.C, WRAL-TV reported.

Sessoms and the boy's father were next-door neighbors. Cannon was at his father's house on his bike Sunday afternoon when he was shot in front of his two sisters, 7 and 8, WRAL-TV reported.

Doris Labrant told the station in an exclusive interview that she was looking out her window when she saw Sessoms run up to Cannon, put a gun to the boy’s head and pull the trigger. She said Sessoms then ran back to his own house next door.

“My first reaction was he's playing with the kids," Labrant said, according to the station. "For a second, I thought, 'That couldn't happen.' People don't run across the street and kill kids."

Lebrant said she saw the boy’s father Austin Hinnant fly out of house after Cannon was shot. She said he was screaming as he picked up the boy.

“They’ll never get over this,” she told the station.

Monday was supposed to be Cannon's first day of kindergarten.

The motive for the shooting was under investigation.

“We used to play together and I never thought he’d kill someone,” Rachel Pipkin, a cousin of Cannon’s mother, told the station “A mother now has to lay her son to rest at 5 years old which she should never have to do. He’ll never be forgotten.”

Sessoms was being held without bond.