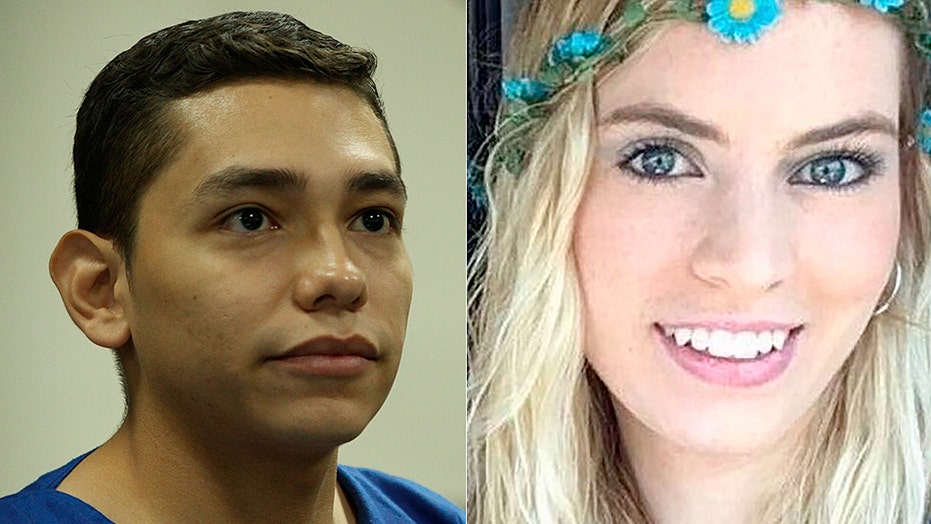 A New York college student’s convicted killer has been sentenced to a maximum of 30 years in prison in Nicaragua where he fled after the murder.

Nicaragua prohibits the extradition of its own citizens, leading to the rare legal proceeding in which New York prosecutors participated in the case via a video hookup by lining up witnesses. Tercero is a dual citizen of the U.S. and Nicaragua.

Orlando Tercero, 23, was sentenced to 30 years behind bars in Nicaragua in the upstate New York killing of Haley Anderson, a 22-year-old nursing student at Binghamton University. She was strangled to death in 2018. Tercero fled to Nicaragua after her death. (AP/Facebook)

"It doesn't get any more sick and depraved than that," he said after the sentencing, according to the station. "Not only is he using his physical abilities, but praying on somebody who is helpless."

Anderson’s parents joined Cornwell to watch the sentencing in his office, the station reported.

Friends of Anderson, who was from Long Island, said Tercero was obsessed with her. He met her at Binghamton where he was also a student.

EX-BOYFRIEND WHO FLED US AFTER DEATH OF NEW YORK COLLEGE STUDENT HAD AN 'OBSESSION' WITH HER, ROOMMATE CLAIMS

Her body was found in his off-campus apartment.

Cornwell praised Nicaraguan authorities, saying they stepped up and fought for Anderson as if she was their own victim.

“We are all very thankful,” he said.