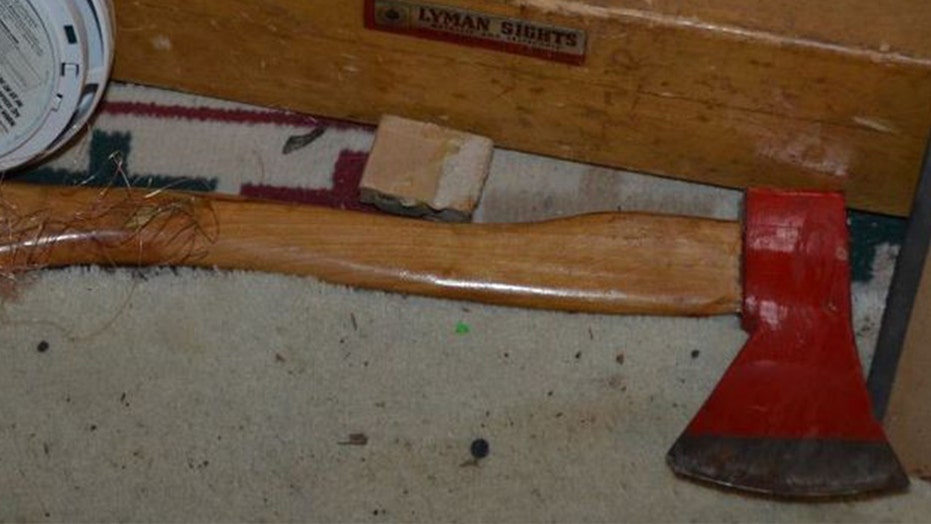 A New York state trooper fatally shot a man with mental health issues after the man struck him in the head with a hatchet, according to state police.

Trooper Ryan Mousaw responded to the residence of Daniel Condon, 55, in Arietta, N.Y., after a call about a person experiencing mental health issues. Condon was allegedly threatening people with a machete on Tuesday night after accusing them of stealing his money.

As Mousaw began to ask Condon questions, he noticed that the man started showing signs of instability. The trooper told Condon he would have to detain him and take him to a hospital, at which point Condon began to resist the officer.

Mousaw tried to deploy his Taser to stop Condon but was unsuccessful. Then Mousaw felt something hit the back of his head. He stepped back and saw Condon with the hatchet. Fearing for his life, Mousaw pulled out his gun and fatally shot at Condon, according to the Times Union.

It took help 15 minutes to arrive in Arietta, a rural area in Hamilton County.

Mousaw was taken to a local hospital and was treated for the head wound and a sprained arm and wrist.

“He needed several stitches in the head after the hatchet hitting him. He’s home right now. We don’t expect him back very soon, but he’s going to be OK,” Patnaude said.

Patnaude said the hatchet incident in a remote Adirondack town demonstrated the kind of life-and-death decision a police officer must make.

"We have a continuum of force, so if a person is using their hands against us, we try to use our hands or pepper spray or a taser, but when a person uses a deadly weapon, I want our troopers to use their gun," he said. "That's the way for them to protect themselves and end the situation as quickly as possible."

Patnaude said the person who made the call to report Condon’s signs of instability had given Condon a ride earlier that day when he noticed the irrational behavior. State police had never encountered Condon before, but Hamilton County police have had many dealings with Condon throughout the past year.