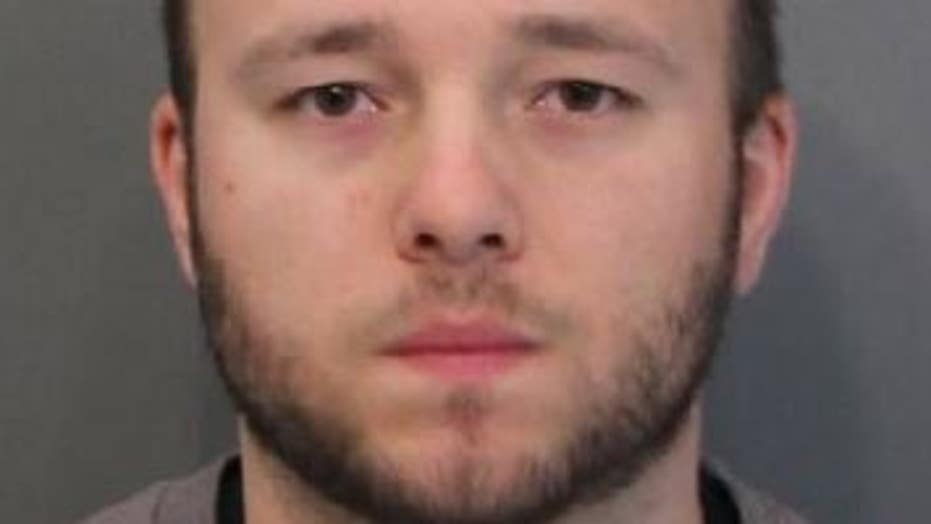 A Tennessee deputy was indicted this week on 44 criminal charges, including rape battery, and assault while he was on duty, according to the sheriff’s office.

Hamilton County Deputy Daniel Wilkey, 26, was arrested Tuesday and booked into the Hamilton County Jail, the Chattanooga Times Free Press reported. He was later released on $25,000 bail, according to the publication.

The indictment comes as Wilkey is already facing multiple lawsuits for alleged misconduct during traffic stops involving illegal drug searches, a roadside cavity search and groping female minors, according to the paper.

Wilkey was put on paid administrative leave in July while his department carried out an investigation.

Dashcam footage released by Hamilton County’s district attorney general that month shows Wilkey and another deputy appearing to kick, punch and strip the pants off a handcuffed black man before allegedly performing a body cavity search, per the Chattanooga Times Free Press.

Wilkey’s alleged misconduct has stoked outrage among Chattanooga’s black community, with calls made for Sheriff Jim Hammond, 75, to resign for his handling of the case.

In a statement released Tuesday, Hammond said he and his staff “will continue to cooperate with the district attorney’s office and provide any evidence or records necessary to aid in their investigation.”

"In the days that follow, I want to reassure our community, each and every day the men and women of the Hamilton County Sheriff's Office are to perform their duties in a deliberate, honorable and professional manner," Hammond said. "We are charged to protect this community and its citizens, and this is a responsibility I take very seriously."

Wilkey’s attorneys did not return Fox News' request for comment.