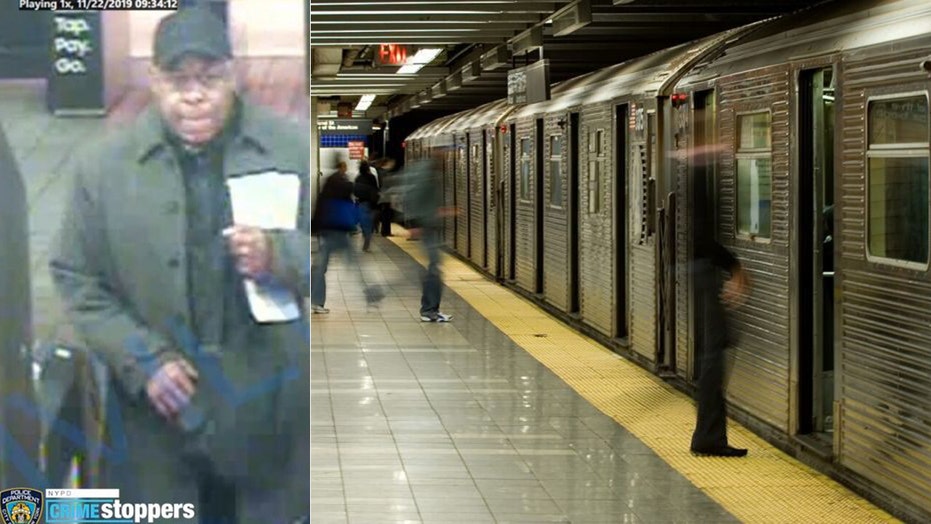 Straphangers on the New York City subway got quite a surprise during the morning rush hour last month when they came across a couple having sex on a subway platform, according to officials.

The New York Police Department said the incident happened around 9:30 a.m. on Friday, Nov. 22, at the Bowling Green subway station in Lower Manhattan.

Officials said the man, about 200 pounds with brown eyes, started having sex with a woman in front of other subway riders on the platform for the Nos. 4 and 5 subway trains.

Officials said the incident was witnessed by "multiple customers" inside the station.

A photo of a 200-pound man who allegedly had sex with a woman on a New York City subway platform during the morning rush hour on Friday, Nov. 22. (NYPD Crimestoppers)

It was not disclosed if the couple then got on a train or left the station, but officials released a photograph of a man wanted for public lewdness. An image of the woman involved in the incident was not released.

Anyone with information in regard to the incident is asked to call the NYPD's Crime Stoppers Hotline at 1-800-577-TIPS, or submit tips by logging onto the CrimeStoppers website, or on Twitter @NYPDTips. Police said that all calls are strictly confidential.