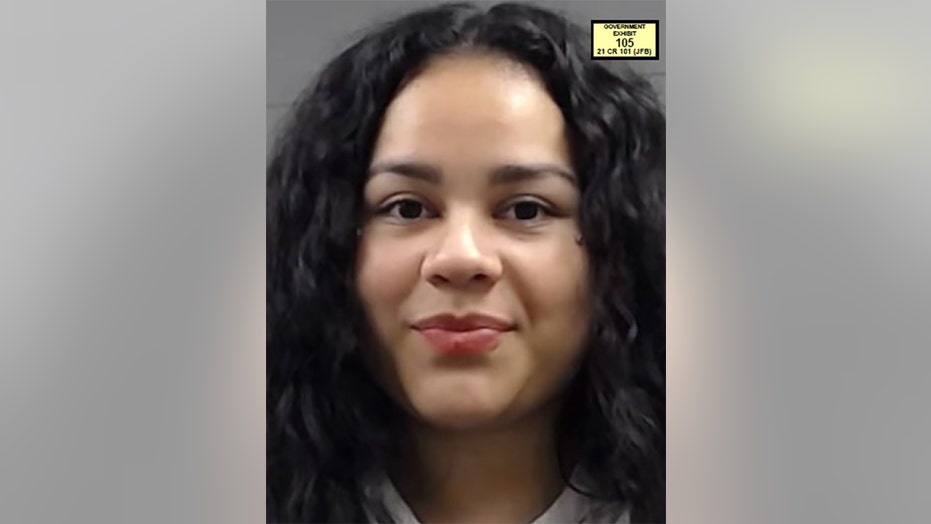 CENTRAL ISLIP, N.Y. – An MS-13 gang affiliate known as "Diablita," or "Little Devil," was convicted on federal racketeering and murder charges exactly five years to the day after the grisly massacre of four young men that prosecutors described as "a horrific frenzy of violence" in New York.

The brutal ambush attack involved machetes, knives, an axe, a chisel and clubs, according to Breon Peace, the U.S. Attorney for the Eastern District of New York. It killed Michael Lopez, Justin Llivicura, Jorge Tigre and Jefferson Villalobos in the woods near children’s sports fields in Central Islip, New York.

Police tape is seen in a wooded area of Long Island, New York, where remains were discovered. It is believed that the victims were killed by MS-13 gang members. (AP)

"The defendant showed utter disregard for human life by leading the victims into a killing field, to their slaughter, to enhance her stature with her fellow cold-blooded murderers within the MS-13 gang," Peace said Monday.

Although she was a juvenile at the time, U.S. District Judge Joseph Bianco approved prosecutors’ request to try her as an adult in June, 2018.

"The seriousness of the alleged offenses cannot be overstated," Bianco wrote. "The defendant is charged with four premeditated and brutal murders carried out for the MS-13. The government alleges that she instigated the murders by showing pictures of some of the victims flashing MS-13 signs to MS-13 members, knowing that their punishment would be violent deaths."

Leniz Escobar, also known as "Diablita" or "Little Devil," has been convicted in connection with a gruesome 2017 quadruple homicide that cast a national spotlight on MS-13 violence. (United States Attorney’s Office for the Eastern District of New York)

A fifth victim, Elmer Alexander Arteaga-Ruiz, took off running, jumped a fence and fled to safety. He was able to help investigators solve the case.

"One of the victims was so disfigured he was only identifiable by dental records," Peace said Monday. "Today, on the five-year anniversary of this tragic mass murder, a federal jury delivered justice."

The victims, who were not members of MS-13, were killed after some of them posted pictures online of themselves "flashing MS-13 gang signs," according to prosecutors. Escobar was accused of showing those pictures to the gang in order to boost her standing.

Gomez, who has already pleaded guilty to racketeering, testified against Escobar and said the two of them lured the victims out that night and even drove with them to the park before leading them to "predetermined area" where a group MS-13 members were waiting to encircle and massacre them after dark. More than a dozen members and associates have been charged in the attack.

Escobar was convicted on numerous federal charges, including murder and racketeering. She faces up to life in prison at her sentencing.

Her attorney, Jesse Siegel, did not immediately respond to a request for comment.