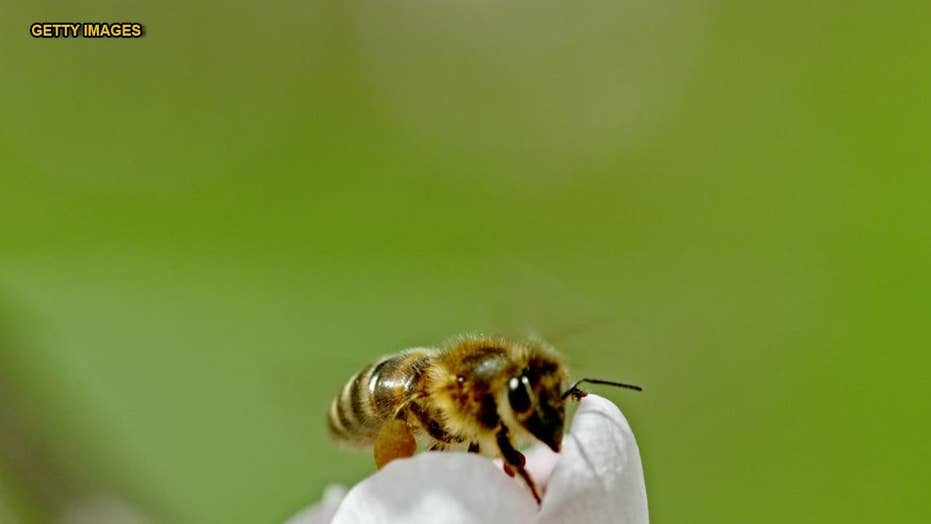 A swarm of bees on a bike in New York City required a direct response from the NYPD’s official beekeepers on Father's Day.

A swarm of bees on a bike in New York City required a direct response from the NYPD’s official beekeepers on Sunday.

The swarm covered the midsection of a solitary bicycle chained to a post on Greenwich Street near the TriBeCa and SoHo areas of Manhattan, the NYPD Beekeepers tweeted.

SWARM OF BEES DISCOVERED ON CAR IN VIRGINIA, PROMPTING RESPONSE FROM FIRE OFFICIALS

Officer Michael Lauriano, a member of the department’s two-man bee unit, said he was on his way to celebrate Father’s Day with his family when he got a call about the buzzing brood.

Officials said the queen bee appeared to have landed on the bike, which attracted the whole colony.

The bees were removed safely and will be housed at Lauriano’s apiary on Long Island, police said.

Lauriano joked that his daughter now has 30,000 new sisters.