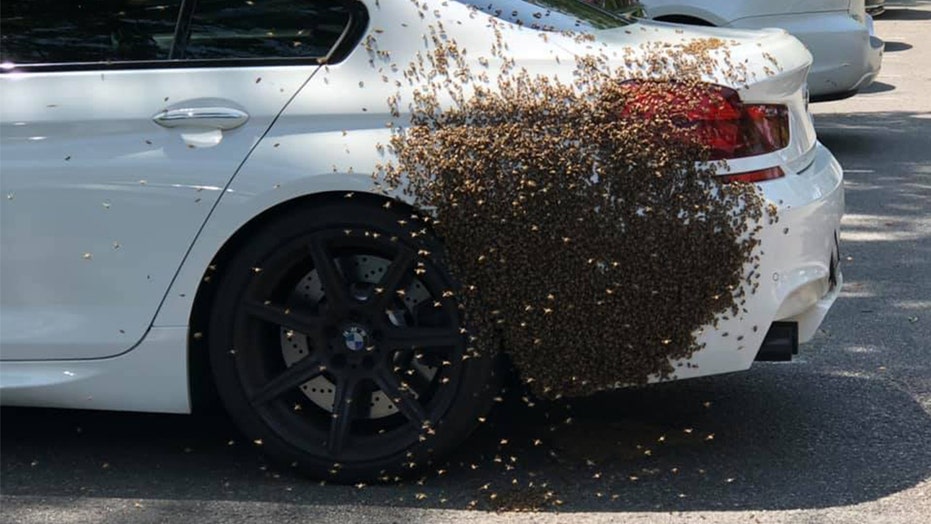 A swarm of bees was found covering part of a car in Virginia this week, prompting the response of the local fire department who happened to have a “hobbyist beekeeper” in their midst, officials said Wednesday.

The Fairfax County Fire and Rescue Department shed light on the situation that unfolded a day earlier, tweeting that sometimes the group gets reports when the public “can’t think of who else to call.”

That’s what happened when a call came in Tuesday to Station 23, West Annandale, C-Shift from someone who said “a bunch of bees” had assembled on a car, Captain David Weand explained in a news release.

Weand, a self-described bee aficionado, said he fielded the report.

“We went to check on it and confirmed it was a swarm that had used this car as a resting point waiting for their scouts to find them a new home,” he said, adding that the building manager reached out for someone to “collect” the bees.

“This allows the bees to be captured and saved rather than killed,” he continued.

Weand went on to explain that bee swarms such as this are typically “docile” and won't “sting you.”

“They are full of honey and saving their energy to build a new home,” he said. “Bees will follow the pheromones of their queen and make a ball around her.”