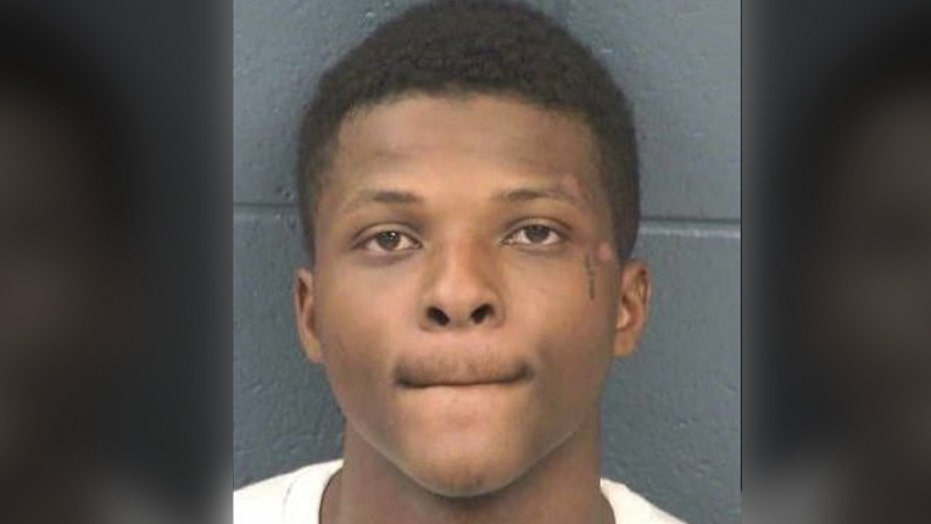 A suspected robber in New Mexico who face-planted into a Pizza Hut door during his getaway has been arrested thanks to DNA he left on the floor, police say.

After authorities were able to link the DNA to 19-year-old Markell Deshaun Barnes, they also discovered he was the culprit of another armed robbery earlier the same day.

Barnes was taken into custody last week after a forensic laboratory result matched his DNA, the Las Cruces Sun-News reported.

Police said the first robbery took place on June 25 around 12:15 a.m. at a gas station in Las Cruces, New Mexico, and the second robbery occurred at a Pizza Hut in Las Cruces around 10:30 p.m. the same day.

Once police reviewed surveillance in the Pizza Hut case, they realized the suspect tried running out a door that had already been locked for the night, before turning around and trying another exit. They swabbed the door and sent the sample to a forensic lab in Santa Fe.

The unknown DNA profile was entered into CODIS -- the Combined DNA Index System -- where it matched a known sample of Barnes.