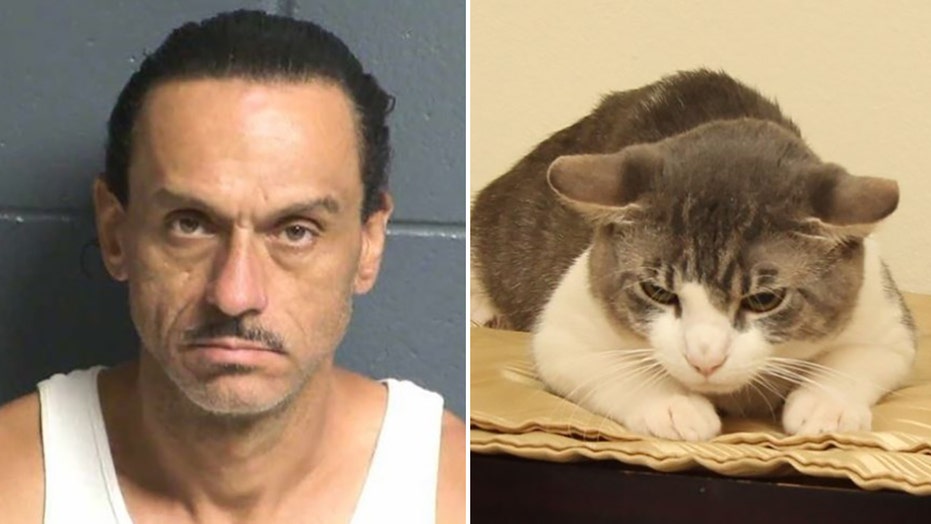 A New Mexico man arrested in June for beating his girlfriend and harming his pets had charges against him upgraded after his cat tested positive for meth, authorities said Tuesday.

Aaron Spaulding, 39, allegedly punched his girlfriend multiple times, held her against her will and took away her cellphone, Las Cruces Police said on Facebook. Police said they were called to investigate the assault claims and later learned of possible animal abuse.

Spaulding was additionally accused of hurting his male shorthair cat, “squeezing it until it cried out” and force-feeding the animal drugs, police said.

A veterinarian found the cat showed signs of neurological deficits, and a subsequent blood test came back positive for meth. The cat was treated and has since been adopted into a new home, police said.

Spaulding, who was arrested June 4, had originally been charged with false imprisonment, two counts of battery against a household member, interference with communication and two misdemeanor counts of animal cruelty. One count of animal cruelty has been upgraded to a felony after the cat’s drug test.

Animals ingesting meth is, oddly, a topic that's made headlines on numerous occasions in recent months.

In June, an Alabama man was arrested on drug charges and accused of keeping a meth-fueled, trained attack squirrel named “Deeznutz” as a pet. The squirrel couldn’t be tested for meth and was released. The critter's owner denied the allegations.

Last month, Tennessee police caused a frenzy online when they posted a warning about “meth-gators”: a reptile borne from consuming drugs flushed down local toilets. Police later clarified their viral post, saying that it was just a joke to highlight the dangers of flushing drugs down the toilet.