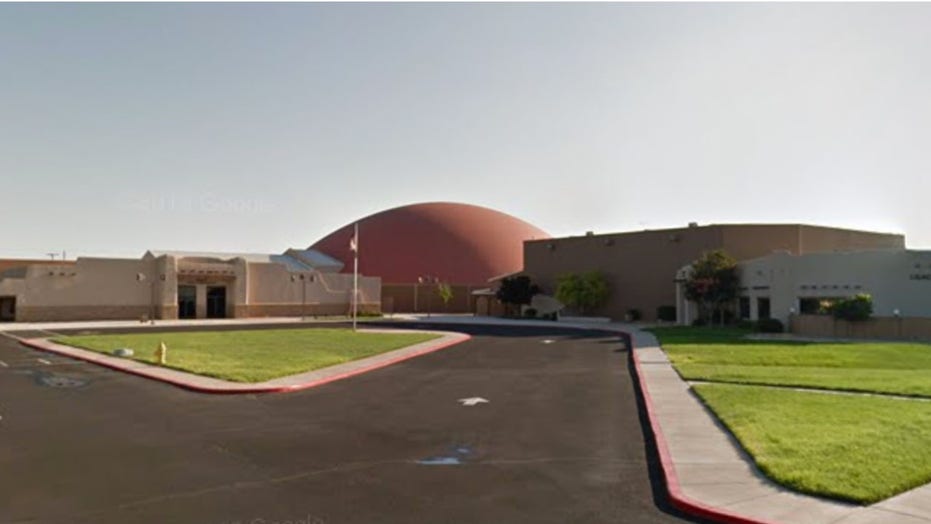 Each location, the Legacy Church and the Calvary Church, received a $5,000 fine after images emerged showing them packed with worshipers during Christmas Eve services, according to Albuquerque-based KOB 4.

The latest COVID-19 restrictions were issued earlier this month, capping houses of worship in "red-level" counties, where the risk is highest, at a quarter of their normal capacity. Other "close-contact businesses" are capped at 25% or 10 customers, whichever is smaller.

Other mass gatherings are limited to five people or 10 vehicles.

New Mexico’s "Red to Green" health framework places higher restrictions on counties where the most recent two-week trends show positive tests exceed 5% or cases per 100,000 above 8. Bernalillo County, which covers the city, most recently had 81.6 cases per 100,000 and a 14.3% positivity rate.

Legacy Church unsuccessfully sued the governor over COVID-19 restrictions in April. A spokesperson said after the Christmas Eve service that it has had coronavirus precautions in place for months.

Visitors to the church’s website are met with a message urging them to stay home if they have a fever or cough, or they are "immune-compromised."

"But when governments exceed their constitutional authority and contradict what we are called on by God to do, we answer first to His authority," the church said.

Local reports included a picture said to have been taken at the church on Christmas Eve, showing a packed room with hardly anyone wearing masks.

"It's tragic that what we do for thousands of shut-ins, those in despair, and kids who go without meals gets no state notice, but fixation on one service can net us large fines," Legacy Church said in a statement. "The state should fold its losing hand against churches as Colorado has, focus on the truly vulnerable, and recognize what the U.S. Supreme Court has recently said about churches, because we must continue to do what we are called to."

A spokesman added that during the pandemic, the church has donated tens of thousands of meals, helped alleviate almost $2 million in medical bills, donated $175,000 to the Make-A-Wish Foundation and distributed hundreds of handmade masks to city workers.

In a lengthy statement of its own given to local media, Calvary Church said it chose not to turn away worshipers from Christmas Eve services due to the nature of the holiday, although it encouraged social distancing and mask wearing.

"We observed the majority of those attending services wore a mask as they entered," the church said. "If a person refused to wear a mask, we assumed they had a preexisting health condition or other restriction that prohibited them from doing so."

Lujan Grisham’s office told the Albuquerque Journal that the mass gatherings violated not only health guidelines, but also "common sense."

The state reported 700 new cases and 36 deaths on Monday.