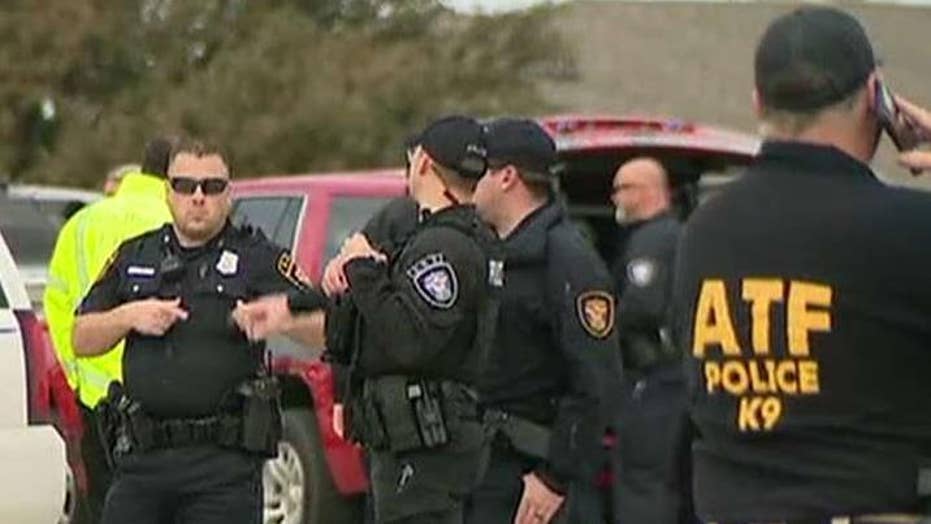 The Associated Press reported on two churches in Nebraska that have established armed security teams to protect worship services.

The security teams at First Baptist Church in Scottsbluff and at Northfield Church in Gering have been in place for more than two years.

“If you would have asked me even 10 years ago if we would have armed security in our church, I would have told you no," said Chris Smith, who leads the security team at one of the churches, First Baptist Church in Scottsbluff.

In this Dec. 27, 2019, photo, Bart Bartels, who leads the security team at Northfield Church in Gering, Neb., talks about how members of the church's security team. (Maunette Loeks/The Star-Herald via AP)

Northfield Church in Gering was the other church with a security team. The pastor asked retired Army veteran Bart Bartels to lead it, according to the AP.

“We look at it as more as we hope we never have an active shooter," Bartels said. "We pray it is something that will never happen, but we are prepared in any case. In today’s environment, you just don’t know.”

Smith and Bartels refer to their security teams as “ministries,” no different than other ministry efforts done by the church members who volunteer for the choir, to teach children or perform other functions connected to the church.

Bartels wasn’t looking for “trigger happy, gun-toting fanatics” for his security team, according to the AP.

“We wanted people who were still personable, but wanting to defend other people, if need be,” he said.

“Everyone in the church knows, because those will be the people walking the halls or monitoring the doors, but an outsider who is in the church is not going to know.” Smith said.

He explained that the church had been advised not to clearly identify security personnel.

“We don’t want them to be targets by someone who comes in off the street.”

Not just anyone can legally carry a firearm into a church. It’s a violation of Nebraska statute to carry a weapon into a church and concealed carry permit holders are advised of that law, as well as other prohibited places, during certification courses. In order to carry concealed in a church, a person must be a documented member of a security team.