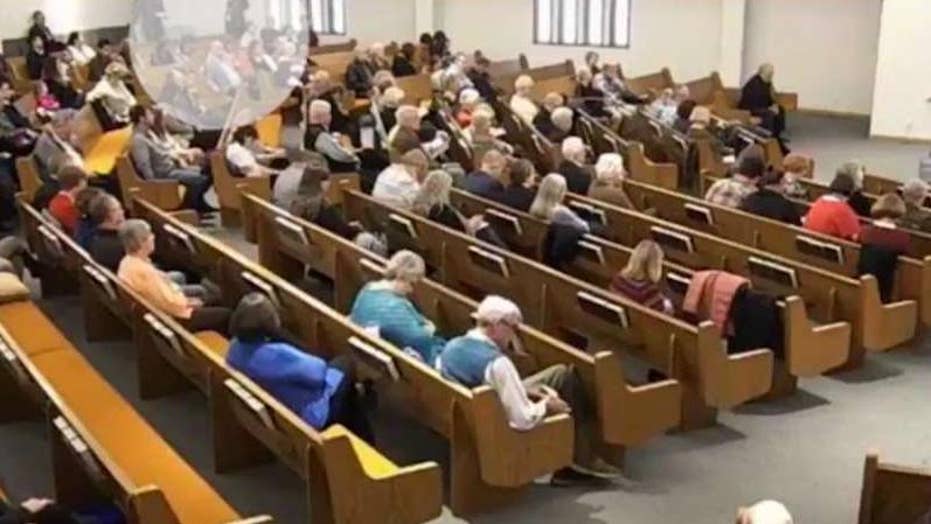 The USA Today is being criticized for publishing an opinion piece on Wednesday arguing it’s “terrifying” that some Texas churchgoers were armed when Jack Wilson jumped into action and killed a mass shooter before he could shoot anyone else.

Wilson, a firearms instructor who was a volunteer member of the church's security team, has been widely praised for his life-saving response, but Arizona Republic columnist Elvia Diaz found problems with the situation.

The piece, “Armed, even in church: Texas shooting is about a lot more than Jack Wilson's heroism,” was published with the disclaimer that the views are the author's and do not reflect USA Today’s leadership.

Diaz called Wilson a hero before claiming "unfortunately" the “split-second heroism has been turned into a PR tool by gun advocates.”

Two men were killed when the gunman opened fire at West Freeway Church of Christ in White Settlement on Sunday morning, with more than 240 parishioners inside. Within seconds, he was shot to death by two congregants who fired back.

In the column that was originally published in AZ Central and distributed by the USA Today, Diaz wrote that Wilson is “exactly the kind of man you want around with a firearm” but questioned others having his back.

“We know nothing about the at least six other parishioners who also appeared to draw their handgun… and that's terrifying,” Diaz wrote.

Diaz admitted that Wilson saved lives with a single shot and “other gun-wielding parishioners were ready just in case” he failed, but criticized why the churchgoers were armed in the first place.

“Have we really reached a point when each of us need to carry a firearm anywhere we go? Gun advocates certainly think so,” Diaz wrote. “Gun advocates didn’t waste any time after the recent church incident to promote the idea of arming oneself.”

The controversial column concluded with Diaz declaring that the shooting “isn’t just about Jack Wilson’s heroism,” but how the church shooter obtained a gun in the first place.

Media Research Center analyst Kristine Marsh wrote that “Diaz turned the parishioners who heroically drew their weapons on the shooter into villains” with the op-ed.

“Diaz only would concede that the man who killed the shooter was a ‘hero’ because he met her standards of someone who should own a gun. She immediately lamented how this story had been utilized by the right,” Marsh wrote.

USA Today did not immediately respond to a request for comment.

Some critics were upset that Diaz used the term “unfortunately” when referring to Wilson’s heroics, some were shocked that not knowing the backgrounds of churchgoers willing to risk their lives to protect others is “terrifying” and others didn’t appreciate a jab Diaz took at President Trump for praising heroes who saved fellow worshippers.

The combination of factors caused the column to go viral and get hit with an onslaught of backlash.