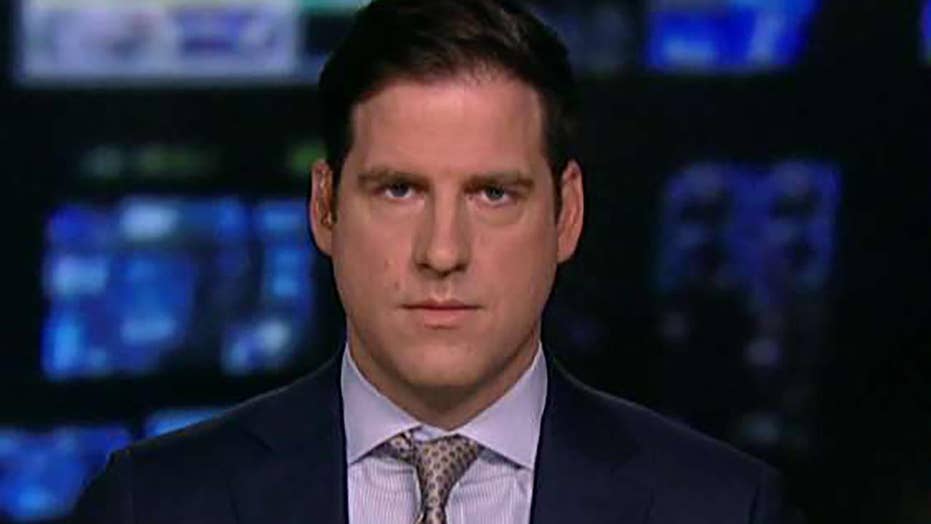 Plea from a Navy SEAL'S brother: Mr. President, the system is broken and we need your help to fix it

Brother of Navy SEAL accused of murdering an ISIS fighter in 2017 Sean Gallagher says the moral of the military community is low in the wake of how his brother has been treated.

The brother of a decorated U.S. Navy SEAL -- who could spend the rest of his life in prison if convicted on war crimes charges -- is reiterating his call Friday for President Trump to fix an “entire system” that he says is “broken”.

Sean Gallagher’s plea on “Fox & Friends” came just days after a military judge dropped two of the counts facing his brother, Edward Gallagher, who still stands accused of killing an injured ISIS prisoner of war in Iraq during a deployment in 2017. Gallagher, a married father of three, is facing charges of premeditated murder and aggravated assault, and has remained jailed in a Navy brig in California as he waits for his trial to begin on Feb. 19.

“There are lawyers back home in the Navy that wanted to charge him for a war crime, for that,” he added. “That’s honor. That’s bravery.”

PLEA FROM A NAVY SEAL'S BROTHER: MR. PRESIDENT, THE SYSTEM IS BROKEN AND WE NEED YOUR HELP TO FIX IT

Sean Gallagher penned an op-ed for Fox News yesterday in which he called on President Trump to “review Eddie’s case, reunite him with his family, and place him back on the front lines where he belongs.”

He made that call again this morning, telling “Fox & Friends” that “we need the intervention of the President of the United States, sadly.”

He fought in Iraq and Afghanistan several times. But it was during Gallagher’s last combat deployment, in 2017, that prosecutors claim he lost his way and “decided to act like the monster the terrorists accuse us of being.”

Investigators allege that while the teen terrorist was receiving medical treatment from SEAL medics, Gallagher walked up and stabbed him in the neck and side with a knife, killing the fighter.

Sean Gallagher, in his interview Friday morning, says as the pre-trial proceedings are playing out, other members of the military community are getting fearful of the treatment his brother has been receiving.

“The thing we are also trying to relay here is that this is ripping the military community apart,” he said. “This is a morale issue. They are looking at this and are saying well if it can happen to Eddie with his service record, it could happen to me.”