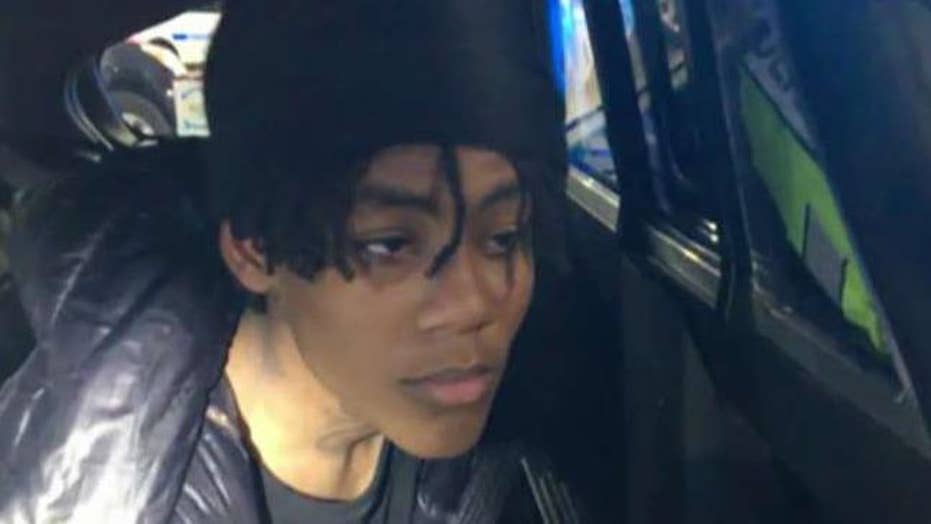 17-year-old Morris Marsh was captured after he and two others lead police on a car chase in Nashville.

Police in Nashville have captured a teen accused of murder after he and four others escaped a juvenile detention center last month.

Morris Marsh, 17, was arrested Friday following a vehicle pursuit led by the Juvenile Crime Task Force that ended in the 300 block of Harding Place, Metro Nashville Police said. He is accused of murder in the April 8 death of a 19-year-old man.

NASHVILLE COPS HUNT TEEN MURDER SUSPECTS, TWO OTHERS ON THE RUN AFTER JAILBREAK

Marsh’s arrest marks the third of four teens who were wanted after escaping from the Juvenile Detention Center in downtown Nashville on Nov. 30.

Police are still on the hunt for Brandon Caruthers, 17, who is on trial for an armed robbery case from August 2018.

The four teens were said to be on a work detail when their supervisor left them to address a fight at another location inside the facility, the Metro Nashville Police Department said in a press release.

The suspects, who were described as “dangerous,” were said to have been gone for at least 35 minutes before being reported to the police. They got into an elevator that was left open and "used staff protocols to ride to the ground floor where they went through a series of doors and exited to the outside," police said. Three employees were reportedly fired from the detention center for breaking protocol that led to the escape.

Several of the escapees’ family members have been charged following their capture.

Howse’s sister, Jasmine, surrendered herself to police Friday on “outstanding warrants charging her with being an accessory after the fact of her brother’s escape and facilitation of escape,” Metro Nashville Police Department said in a press release.

Three other people, including his mother and cousin, were arrested on similar charges. Marsh’s mother and brother were also charged with being accessories.