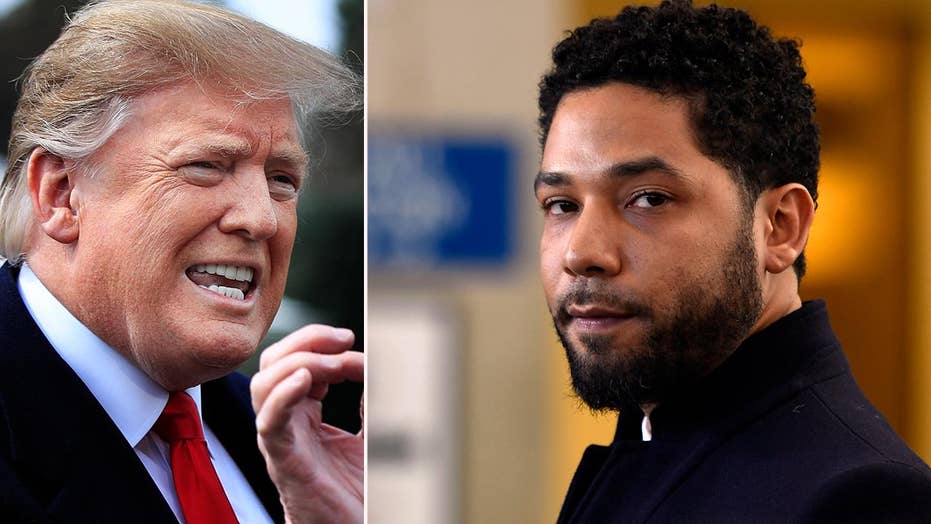 The FBI and Justice Department investigation into the handling of Jussie Smollett’s case will likely focus on whether the controversial decision to let him walk free was “an act of corruption and if so, was anybody’s civil rights violated by it,” Fox News Senior Judicial Analyst Andrew Napolitano says.

The judge’s appearance on “Fox & Friends" Thursday came after President Trump called the case “outrageous” and an “embarrassment to our nation.” Cook County State’s Attorney Kim Foxx, whose office approved the dismissal of charges that the "Empire" actor faked a hate crime, has been heavily criticized in recent days over that decision, including by Chicago’s mayor and police chief.

“Was it an act of corruption on the part of the prosecutor who first said ‘I’m not in the case’ and then said ‘I’m sort of back in but don’t tell anybody that I’m back in’?” Napolitano said. “This is absurd. Either you are in, or you are out. And if you have a conflict you have to get out.”

Foxx recused herself from the case in February but defended her office offering Smollett “an alternative prosecution model” in a series of interviews Wednesday.

In one with WBBM-TV, Foxx said no one tried to intervene on Smollett’s behalf, despite emails showing that she was contacted by people linked to Smollett about the case.

"There was no attempt, whatsoever, to influence the outcome of this case," she told the television station. "None whatsoever."

The case was then handed to First Assistant State’s Attorney Joseph Magats, who reports to Foxx. That passing of the torch has been questioned by legal experts.

“I don’t know what her involvement is but when someone comes to you – if I was about to sentence somebody that I really knew and liked and respected came to me and said ‘hey you should give that person a break’, what’s the right thing for me to do?” Napolitano said. “Get off the case. Don’t say publicly why, just totally get off the case don’t slowly walk back in, just get off the case. Because cases not only must be just, they must appear to be just.”

When asked by host Brian Kilmeade if there are any political figures who have gained something in the wake of the charges against Smollett being dropped, Napolitano says he’s not yet sure.

“There are pieces of the puzzle we don’t yet understand,” he said. “All of this is below the radar screen. Somebody wants something and so they did a favor for somebody else, and I can’t fill in the blanks yet, but I think it’s going to come out.”