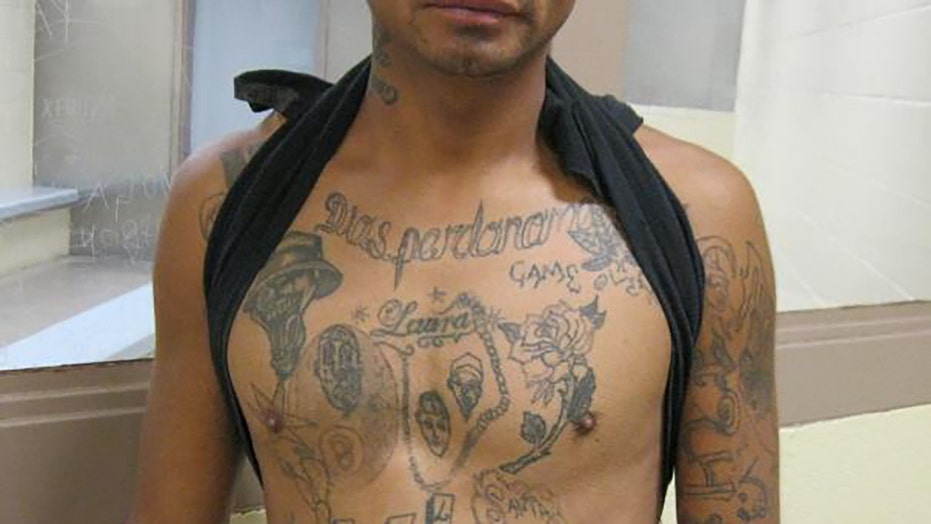 A previously deported MS-13 gang member from Mexico has been arrested after border agents spotted the man illegally crossing into Arizona, officials said.

U.S. Customs and Border Protection agents patrolling just west of the Douglas Port of Entry caught the man as he sneaked across the U.S.-Mexico border, the agency said Thursday in a news release. The agents arrested the man and later identified him as Gonzalo Garcia-Gonzales, a 26-year-old Mexican national.

Garcia-Gonzales was arrested Thursday just west of Arizona's Douglas Port of Entry after his latest attempt to enter the U.S. illegally, the CBP said. (U.S. Customs and Border Protection)

Garcia-Gonzales was being in federal custody pending further criminal prosecution, the agency said.

The arrest of Garcia-Gonzales comes a week after the CBP announced the arrest of a 40-year-old El Salvadoran national and MS-13 member trying to illegally enter the U.S. through New Mexico. The man had been previously deported after charges of assault and DWI.

MS-13, also known as Mara Salvatrucha, recruits young teenagers from El Salvador and Honduras, though many gang members were born in the U.S. The gang has been blamed for dozens of killings since January 2016 across a wide swath of New York's Long Island, the Los Angeles area, and the D.C. suburbs.

MS-13 also has been singled out by President Trump for its brutality, which has led to a series of crackdowns by law enforcement on the federal and local levels.

Earlier this month, the FBI unveiled a new tip line in the hope of gathering information to combat the violence MS-13 uses to terrorize American communities.