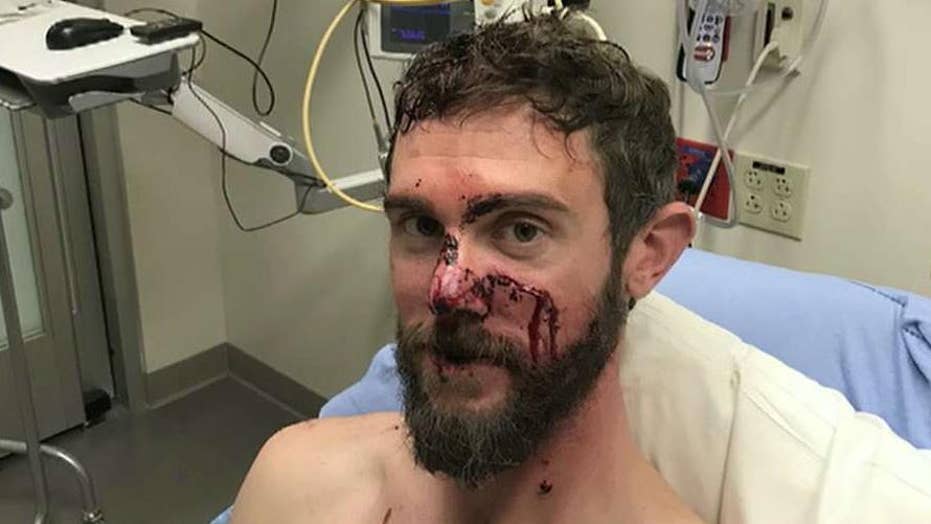 The mountain lion a Colorado runner claimed to have killed in January was a young kitten, according to wildlife officials.

Travis Kauffman, 31, strangled and bludgeoned the cat to death on Feb. 4 at Horsetooth Mountain Open Space in Larimer County, Colorado Parks and Wildlife said in a necropsy report published by Fox affiliate KDVR.

The mountain lion was determined to be around 3 to 4 months old and weighed 24 pounds at the time of its necropsy. The animal was scavenged after its death.

Kauffman told reporters earlier this month that he engaged in what was "just like a wrestling match" with the lion, after it attacked him while he was running alone.

The cat lunged at him, and latched its jaw onto his right wrist, according to Kauffman. He said he tried to protect his face as the mountain lion clawed at him. Eventually, both Kauffman and the cat tumbled down a slope.

He tried to throw sticks at the lion, but they were rotten and breaking. He eventually picked up a large rock and tried to hit the cat in the head with it. Kauffman said he was able to transition his body weight, moving his right leg up toward his wrist, and eventually was able to step on the cat's neck — suffocating it.

After the incident, Kauffman said he was on a "crazy high" and began to run toward civilization. As he ran, he said he noticed lion tracks and realized his surroundings were "perfect lion territory."

Kauffman ended up receiving 19 stitches along his left cheek, another six stitches on the bridge of his nose and three stitches on his wrist (where the lion's mouth was). Kauffman said he had several puncture wounds from the cat's teeth and claws but otherwise felt "great" as he recovered from the attack.