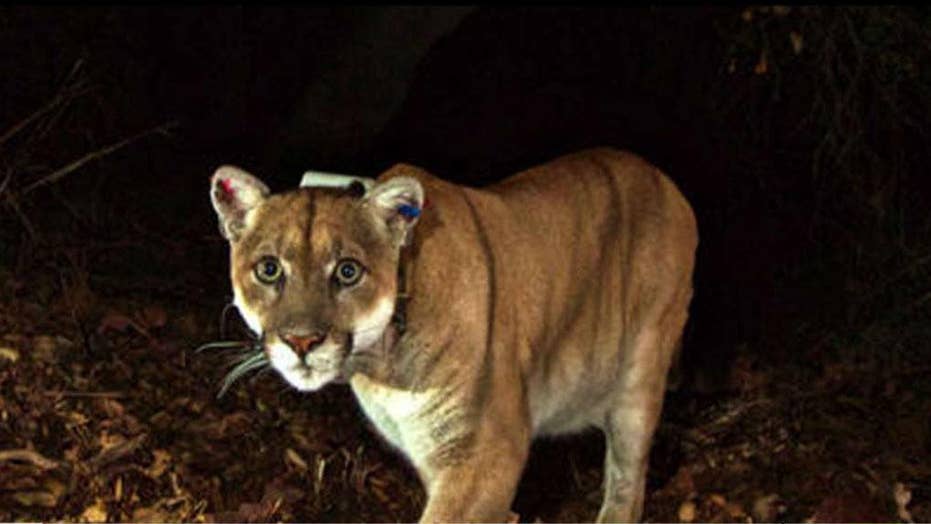 The man who was attacked by a mountain lion during a run in Colorado earlier this month explained how he suffocated the young cat — and survived with minimal injuries.

Travis Kauffman spoke publicly for the first time on Thursday after the incident, which took place on Feb. 4 at Horsetooth Mountain Open Space in Larimer County.

MOUNTAIN LION CHOKED BY COLORADO RUNNER AFTER MAULING WAS LATER EATEN BY OTHER ANIMALS, OFFICIALS SAY

Kauffman, originally from Alabama, said in an interview released by Colorado Parks and Wildlife that he wanted to "go on a pretty long scenic run," and headed out around noon.

At some point during his jog, he "heard some pine needles rustle behind" him. Kauffman said he turned his head — something he doesn't typically do, as he'd expect the rustling to be a rabbit or deer — and that's when he said he felt his "heart sink."

Kauffman saw the mountain lion roughly 10 feet away. He threw his hands up in the air and started yelling. The mountain lion kept approaching, and eventually, lunged at him.

The cat latched its jaw onto Kauffman's right wrist, the runner said. Kauffman tried to protect his face as the mountain lion clawed at him.

Throughout the attack, Kauffman said he was doing his "barbarian yell as best I could," and tried throwing the cat off him — which led to them both tumbling down a slope.

"From there it was just like a wrestling match — it was thrashing and it still had my wrist locked in its jaws," Kauffman said. He added that he pinned down the cat's back legs using his left knee.

He tried to throw sticks at the lion, but they were rotten and breaking. He eventually picked up a large rock and tried to hit the cat in the head with it. Kauffman said he was able to transition his body weight, moving his right leg up toward his wrist, and eventually was able to step on the cat's neck — suffocating it.

After the incident, Kauffman said he was on a "crazy high" and began to run toward civilization. As he ran, he said he noticed lion tracks and realized his surroundings were "perfect lion territory." 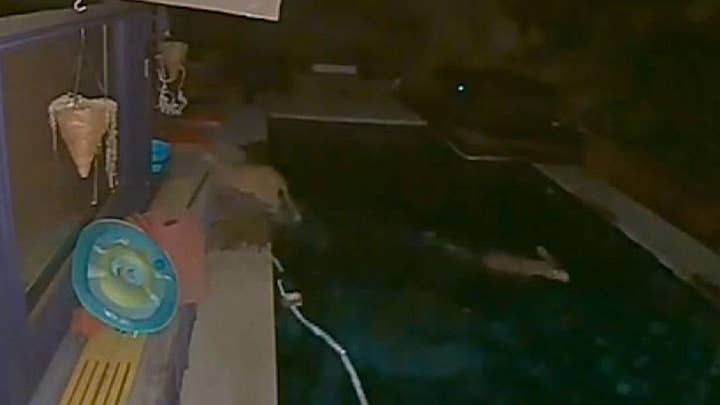 A Good Samaritan transported Kauffman to the hospital, where he realized his face "was just kind of a bloody mess." He received 19 stitches along his left cheek, another six stitches on the bridge of his nose and three stitches on his wrist (where the lion's mouth was). Kauffman said he has several puncture wounds from the cat's teeth and claws, but otherwise feels "great."

"It’s one of those weird sensational stories. It’s super rare. I feel like I should go and buy a bunch of lottery tickets," Kauffman joked.

Wildlife officials said Kauffman did everything right when he encountered the animal. Kauffman noted that if he were wearing headphones while he was running, he wouldn't have heard the mountain lion's rustling, and wouldn't have turned around.

Kauffman suggested that runners go with a friend if possible, and said to always "be aware that you are sharing that space with wildlife."