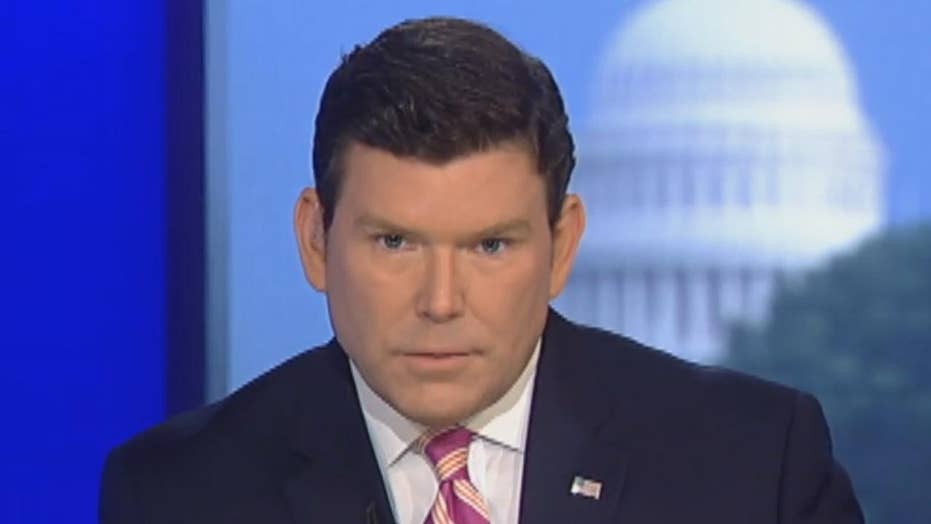 President Trump, on the heels of his son's revelation he and other members of the Trump campaign team had a meeting with a Russian lawyer with alleged ties to the Kremlin in June 2016 and a weekend watching the LGPA U.S. Open at his golf course in New Jersey, touted the week ahead in a tweet Sunday. Trump tweeted “Much will be accomplished this week on trade, the military and security.” Trump also defended his son in a separate tweet and attacked the media on its coverage of Hillary Clinton and her emails.

TRUMP LAWYER: MEETING WITH RUSSIAN LAWYER ‘NOT AGAINST THE LAW’

Jay Sekulow, a member of President Trump’s legal team, said Sunday that nothing in a 2016 meeting between Trump advisers and a Russian lawyer was “against the law” and defended the president and members of his team for steadfastly denying contact with the Russians. “There was nothing in that meeting that is illegal, against the law,” Sekulow told “Fox News Sunday.” “The meeting, the discussion was not a violation of the law.”

SCHIFF: WASHINGTON DEMS MEETING WITH UKRAINIAN OFFICIALS FOR TRUMP DIRT WOULD HAVE BEEN ‘INAPPROPRIATE’

SCHUMER LOOKING FOR THE DAGGER ON THE GOP HEALTH BILL

Sen. Chuck Schumer, D-N.Y., told reporters Sunday there is no saving the Republicans’ health care bill despite the extra time they have in wake of Sen. John McCain’s emergency eye surgery. “Time is not the problem in the present health care bill,” Schumer said. “The problem is the substance. It slashes Medicaid, which has become something that helps middle class New Yorkers and millions of Americans.”

Nine people have died and another remained missing Sunday evening following a flash flood that swept through an Arizona swimming hole. Gila County Sheriff's Office said officers received a 911 call around 3:20 p.m. Saturday about a search-and-rescue at Cold Springs swimming hole near Payson in the Tonto National Forest. A storm caused the flash flood, sweeping 14 people down the East Verde River.

ARIZONA FLOODS: WHAT WE KNOW

David Daleiden calls himself a citizen journalist. His method for getting information is to lie about who he is, then record what people tell him without their knowledge. Because he got officials from Planned Parenthood to discuss selling the body parts of aborted fetuses, he is being charged with fifteen criminal felony counts. Deleiden’s undercover videos – 2,300 in all -- were recorded in restaurants and conferences, which his attorneys say are public venues. They also believe that abortions performed for the purpose of selling body parts for profit can involve violent crime. Deleiden contends that his right to free speech is being squelched because he has a pro-life point of view. (Click here to read more)

3:00 p.m. ET: President Trump will participate in a Made in America product showcase.

African Americans are the most at risk for developing Alzheimer's, study finds (Click here for more)

Mediterranean diets may reduce the risk of dementia up to 35%, studies find (Click here for more)

8:00 a.m. ET - Tommy Thompson, Former HHS secretary, will be a guest on “Mornings with Maria.”