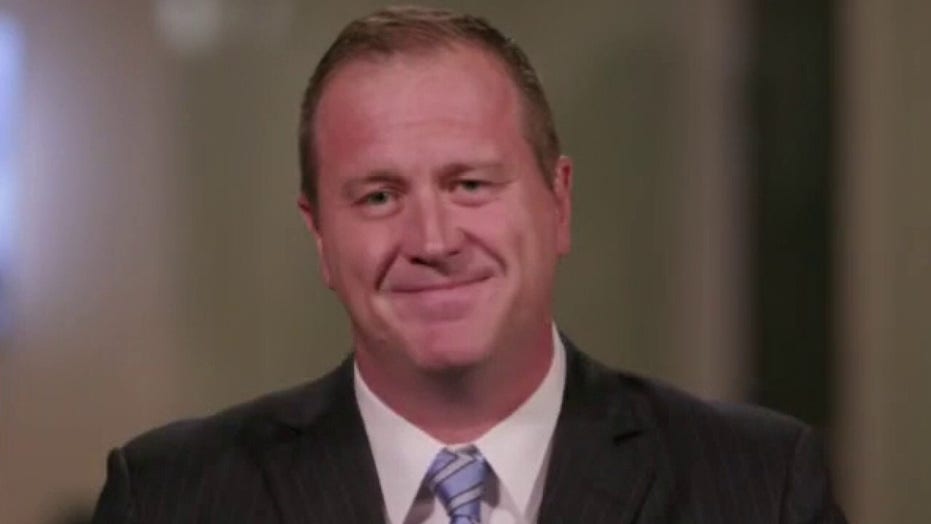 St. Louis' top prosecutor faced intense criticism on Monday – including from the state's governor and attorney general – after bringing felony charges against the homeowners seen in cellphone video brandishing guns when protesters appeared outside their home in a gated community back in June.

Missouri Attorney General Eric Schmitt told "Fox News @ Night" Monday that he is seeking to have the charges against Mark and Patricia McCloskey dismissed, calling it "a political prosecution."

St. Louis Circuit Attorney Kim Gardner, the city’s top prosecutor, said the McCloskeys – both personal injury attorneys in their 60s – will be charged with felony unlawful use of a weapon following the June 28 incident.

"It is illegal to wave weapons in a threatening manner -- that is unlawful in the city of St. Louis," Gardner said in a statement.

Missouri Gov. Mike Parson, a Republican, said last week he would consider pardoning the couple should they be criminally charged.

"Kim Gardner’s action toward the McCloskeys is outrageous," he wrote on Twitter Monday. "Even worse, the Circuit Attorney’s office has admitted there is a backlog of cases and dozens of homicides that haven’t been prosecuted, yet she has accelerated this case forward."

Schmitt argued that the right to self-defense is "deeply rooted" in the Constitution and said the state has an expansive "castle doctrine," which "gives broad authority to individuals to protect their lives, the lives of their family members, their homes, and their property."

"At a time when there's calls to defund the police, at a time with skyrocketing violent crime rates – including here in Missouri and in St. Louis – we've got a prosecutor now targeting individuals for exercising their fundamental rights under the Second Amendment," Schmitt said.

The McCloskeys have said they were defending themselves, with tensions high in St. Louis amid nationwide police protests sparked by the police-involved death of George Floyd. They said that the crowd of demonstrators broke an iron gate marked with "No Trespassing" and "Private Street" signs and that some violently threatened them.

The husband and wife have insisted they were protecting their home. St. Louis police seized the rifle from the home pursuant to a search warrant. No shots were fired but the incident quickly went viral and fueled the debate over rights property owners have when confronted with perceived threats.

Schmitt on Monday noted how the incident was on a private street and said you have a right to "defend your castle" under Missouri law.

"This is a politically motivated prosecution by a prosecutor who's not interested in prosecuting violent crimes," he added.

Schmitt added that he is seeking to have the case dismissed "not just for the McCloskeys, but for every Missourian whose rights are threatened by a rogue prosecutor who seeks to punish people for exercising their fundamental right to self-defense."