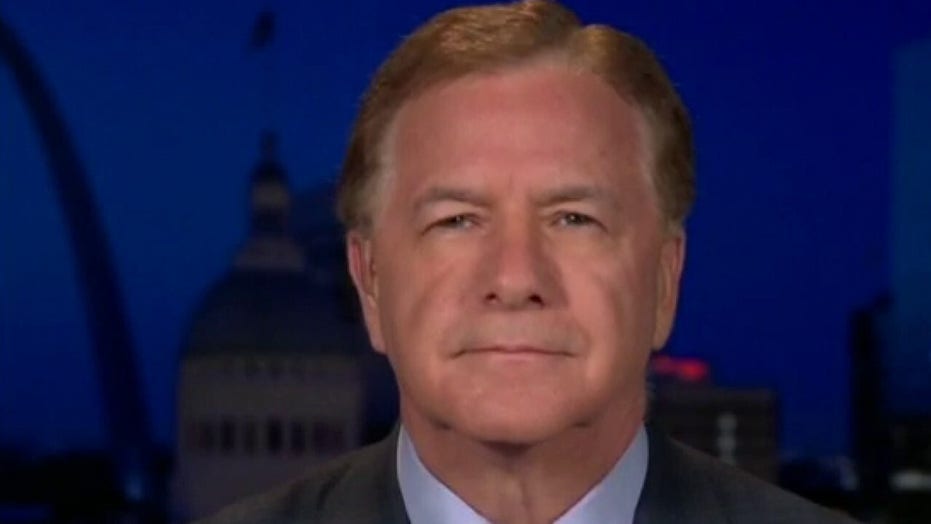 St. Louis homeowner Mark McCloskey joins Tucker after being charged with felony for defending his home

Prosecutor Kim Gardner has apparently decided it isn't her job to keep us safe from criminals but to keep criminals safe from us, St. Louis homeowner Mark McCloskey tells Tucker on 'Tucker Carlson Tonight.'

Mark McCloskey, the St. Louis man who has been charged with a felony after he and his wife pointed guns at a crowd who'd converged on his neighborhood, said it's clear the circuit attorney is trying to keep "criminals safe" rather than those following the law.

St. Louis Circuit Attorney Kim Gardner, the city’s top prosecutor, said Mark and Patricia McCloskey – both personal injury attorneys in their 60s – will be charged with felony unlawful use of a weapon following the June 28 incident. The McCloskeys said hundreds of people marching to the mayor's home had broken a gate to enter their private street.

Mark McCloskey told "Tucker Carlson Tonight" that when it came to public officials, Gardner was a key but lone advocate for their potential punishment. 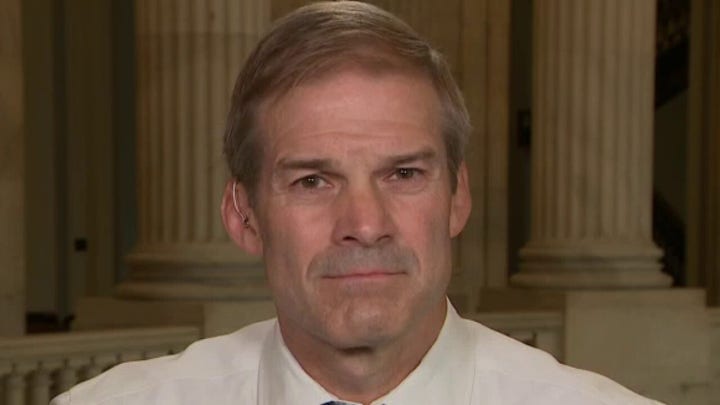 He told host Tucker Carlson that Missouri Attorney General Eric Schmitt -- the state's top prosecutor -- along with President Trump and Republican Gov. Mike Parson, have been on his side. He added that Gardner however reportedly released dozens of protesters and alleged rioters that had been previously arrested without charging them -- which was reported in a tweet written by Schmitt.

"It seems like the only person in the United States who thinks we did something wrong is our [city's] circuit attorney. She is the same person that let out of jail everybody that was responsible for the looting and fires and destruction, following the George Floyd death, in the city of St. Louis," McCloskey told Carlson.

"It's a totally upside-down world," he continued. "The people who broke into my neighborhood were all trespassing. The guy that recruited them, that planned this event, said the next day that he intended to break the law; that he needed to break laws in order to send his message."

"None of those people are arrested. None of those people are charged. The circuit attorney has apparently decided her job as a prosecutor isn't to keep us safe from criminals but to keep the criminals safe from us. It's a bizarro, upside-down world. I've been a little irritated by this process until today and now I am just flat out pi--ed off. This has gotten to be outrageous."

Gardner argued when she announced the charges, "It is illegal to wave weapons in a threatening manner -- that is unlawful in the city of St. Louis." She also said Trump, Parson and others had been attacking her to distract from what she called "their failed approach to the COVID-19 pandemic."

Carlson said Gardner's actions equated to "the force of the state coming down on [McCloskey] for the most basic right that exists" -- self-defense.

"People need to stand up, wake up and recognize this for what it is: It's a concerted effort to destroy our way of life, to change the fundamental basic social contract: to do away with capitalist democracy and replace it with mob rule -- Encouraging violence, protecting criminals from prosecuting people to try to defend themselves against it."