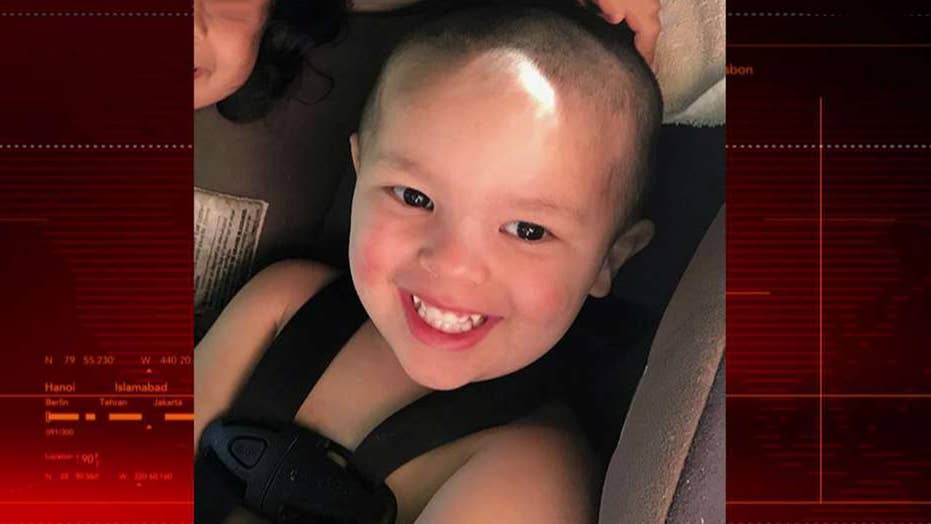 Police report that they have found a toddler's body found in rural Montana, which is likely missing two-year-old Aiden Salcido.

The FBI announced that investigators have found what is believed to be the body of a 2-year-old boy whose parents were involved in an apparent murder-suicide in Montana.

“We want to share with you that Montana authorities have found what is believed to be the remains of the missing Medford, Oregon, 2-year-old, Aiden Salcido. Thank you to all who shared in the search. Please keep Aiden's family & friends in your thoughts...” the FBI’s Portland office tweeted early Sunday evening.

Medford police said the body turned up in a remote area of Montana. It was unclear exactly how he died.

The remains were found in the same area where the family had been seen several days earlier.

Medford police said witnesses called in tips after seeing the story on the news and were instrumental in helping find a remote camp believed to have been occupied by the family.

The boy’s parents, Daniel Salcido and Hannah Janiak, were found dead Wednesday in Kalispell, Mont., after police stopped them following a chase because they had felony burglary warrants for their arrest.

Their child was not in the SUV -- a 1996 GMC Jimmy with Oregon license plates, the FBI said.

Along with camping gear and clothing, detectives found a receipt in the car from the Kalispell Walmart dated July 25, the same day they died. Salcido and Janiak appeared in the surveillance video but Aiden did not, investigators said.

Felony warrants then were issued for the couple’s arrest.

Relatives described Janiak to law enforcement as a good mother who had mental health issues.

Relatives also told law enforcement that the family was homeless and would camp along the greenway in Medford.