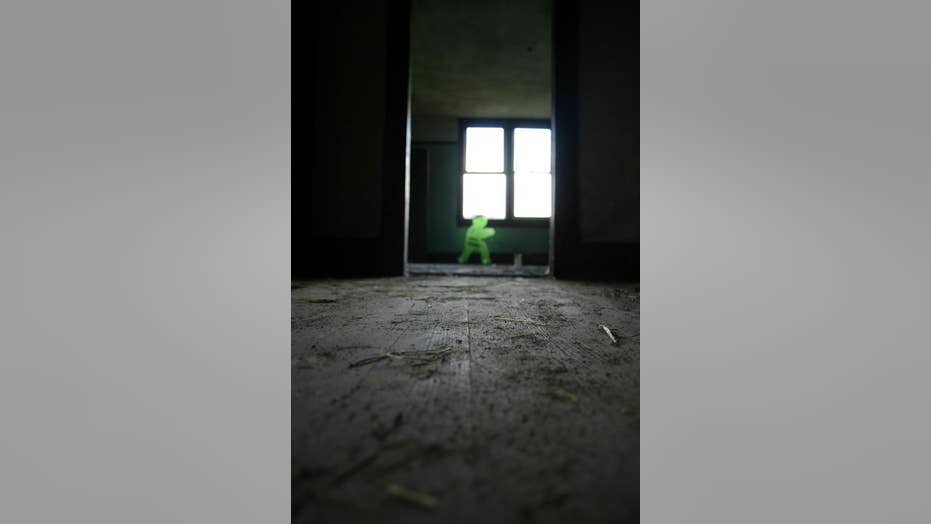 Michigan couple Heather Brough and Joshua Higgins claim they saw a ghost on a nanny cam that allegedly left scratches on their daughter’s face.

A Michigan couple is worried their home may be haunted after they claimed they saw a ghost in their daughter’s room that allegedly left scratches on her face.

Heather Brough, 30, and Joshua Higgins, 25, told WXYZ they think a ghost is lurking around their Highland, Mich., house after they saw a figure move across the screen on their nanny cam. In the video captured a few weeks ago, a figure appears to in front of their young daughter Lily’s crib.

"It was chilling," Higgins said. "It was literally a chill down your spine, like that 'what if' factor – Is this what I just saw?"

Higgins told the media outlet when he saw the figure on the nanny cam he immediately “ran upstairs and grabbed” his daughter.

Brough said her daughter had mysterious scratches on her face and believed the ghost may have harmed her.

"It scares us that it could do something else," Brough said. "I mean, there was a morning I woke up and I felt like someone’s hands were around my neck."

"The gentleman that lived here originally committed suicide apparently by jumping out this window, which is one story down," Jim Higgins told WXYZ.

The couple said they are hoping to save up enough money so they can move out of the home, which is owned by Higgins’ mother.