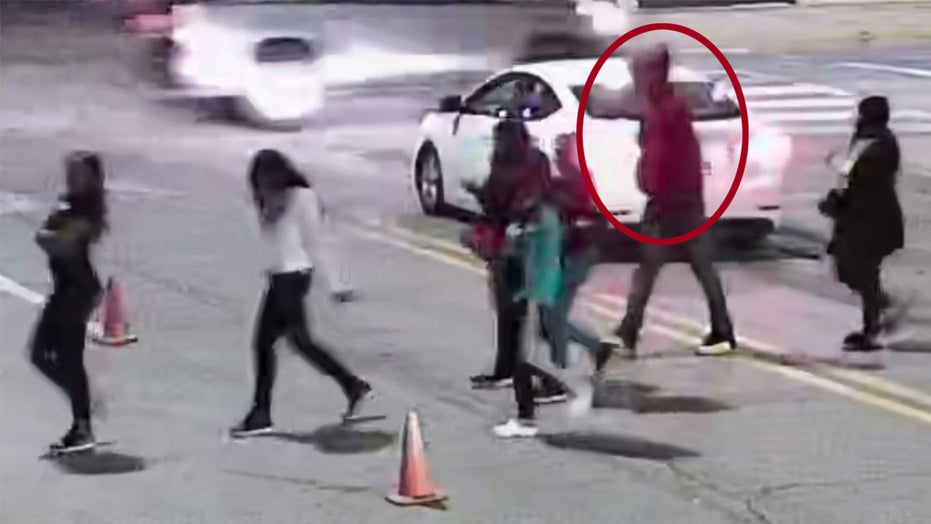 A Michigan man was fatally shot and his attacker is on the loose after the pair is believed to have had an argument while standing in the line to get into a Detroit haunted house, police said.

The victim, a 29-year-old Detroit man, was with his girlfriend waiting to enter Erebus Haunted House on South Perry Street shortly after 12:30 a.m. on Sunday when “a male subject in line ahead of them would not move,” the Oakland County Sheriff’s Office said in a press release later that day.

“The victim and the suspect exchanged words as the suspect thought the victim had cut in line ahead of him,” police added.

The victim then told his girlfriend he was going to his car in a nearby parking lot. It’s not clear when the other man also left the line and made his way to the lot, but police said witnesses later heard bullets being fired.

WOMAN'S PROFANITY-FILLED MELTDOWN ON FLIGHT TO DETROIT CAUGHT ON CAMERA

The victim, whose name was not immediately released, was shot in the neck, chest and side, police said. He was found lying on the concrete and was rushed to an area hospital, but could not be saved.

Police provided photographs of the suspected shooter, whom they described as a thin Black man who was approximately 6-feet tall, wearing jeans and an orange hoodie. They also shared pictures of a blue sedan that was seen fleeing the scene after the shooting.

Investigators are offering a reward in an unspecified amount for any information that leads them to the killer.