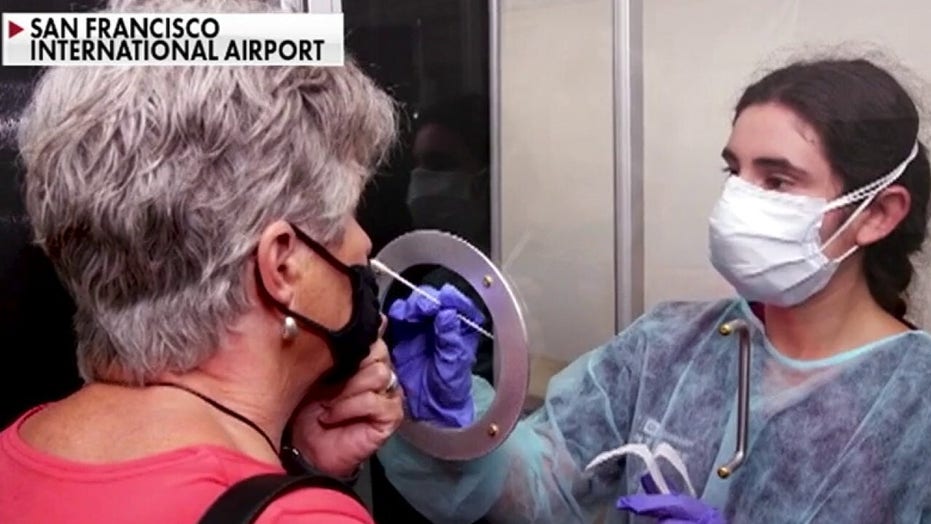 Travelers hesitant to return to skies without a vaccine: survey

A woman's meltdown on a Michigan-bound flight was caught on camera in a video obtained by World Star Hip Hop on Sunday.

Footage shows the passenger yelling and pounding the overhead luggage compartment while standing on top of two armrests in the aisle of a plane headed to Detroit.

The distressed passenger is donning a surgical face mask pulled below her chin as she proceeds to throw a tantrum that does not appear to be directed at anyone specific.

The passenger repeatedly yells “B–tches we’re going to f–k all night” as a flight attendant asks her to return to her seat.

She then proceeds to climb onto the headrests where she begins to kick some of the surrounding seats while gyrating. The footage also shows her hitting a luggage compartment so hard that it opens causing some items to fall out.

Three men then attempt to approach the woman and are able to successfully escort her off the plane.

It was not immediately clear what prompted the outburst and information about the airline and other details related to the incident were not provided.

Some passengers in the video speculated that the woman may have been under the influence of drugs. Meanwhile, viewers of the video have joked in the comments that the woman looks like she was possessed by demons, with some comparing her meltdown to the 1973 horror classic "The Excorcist."

As of Monday evening, the video has been viewed more than 400,000 times.