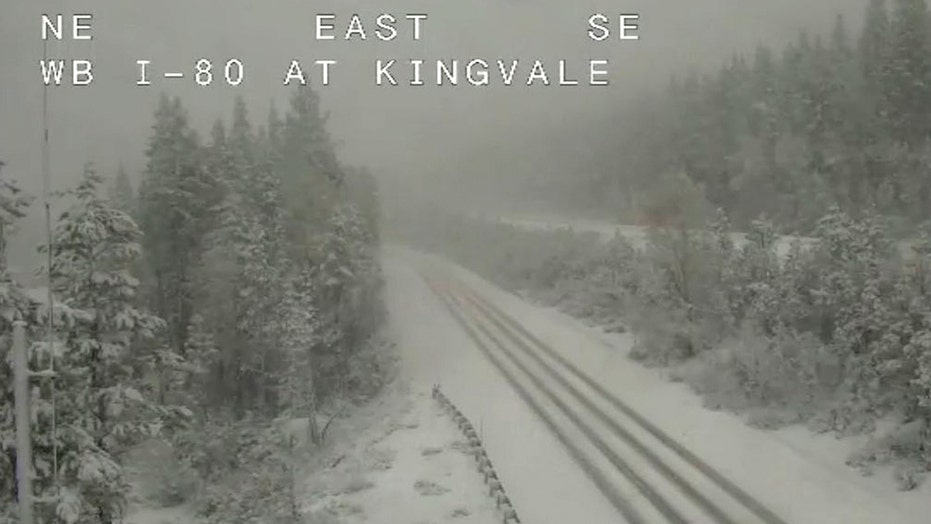 National forecast for Tuesday, May 19

The Memorial Day weekend -- the unofficial start to summer -- is just a few days away, but a storm system brought inches of snow on Tuesday to higher elevations in California.

The National Weather Service (NWS) said that winter weather advisories are in effect for California's Sierra Nevada through Tuesday afternoon as a storm moving in from the Pacific brings "moderate snow showers" to the region.

"If you can believe it, we have snow in the forecast for the mountains of California," Fox News senior meteorologist Janice Dean said Tuesday on "Fox & Friends First."

Snow is expected in elevations above 6,000 to 6,500 feet, mainly on Tuesday afternoon, with up to 3 inches expected in some locations, the NWS said.

In this still image taken from a Caltrans remote video traffic camera, snow is seen along Interstate 80 near Truckee, Calif., May 18. (Caltrans via AP)

Periods of snow are expected to accumulate on area roads; snow accumulated Monday at Donner Summit on Interstate 80, the NWS said.

Several inches of snow are expected on Tuesday in high-elevation areas of California and Nevada. (Fox News)

A winter weather advisory is in effect until 11 a.m. local time, where up to 6 inches of snow may fall at the highest elevations in southern Lander and Eureka counties and in northwestern Nye County. Forecasters said that snow is even falling in valley areas.

"Expect snow-covered roads and limited visibilities, and use caution while driving," the NWS said.

Here is what you need to know about the difference between winter storm warning and winter weather advisory.

Forecasters from the NWS' Weather Prediction Center (WPC) said the system is bringing "significant rains" to the Northwest and Northern Rockies also, leading to flood threats.