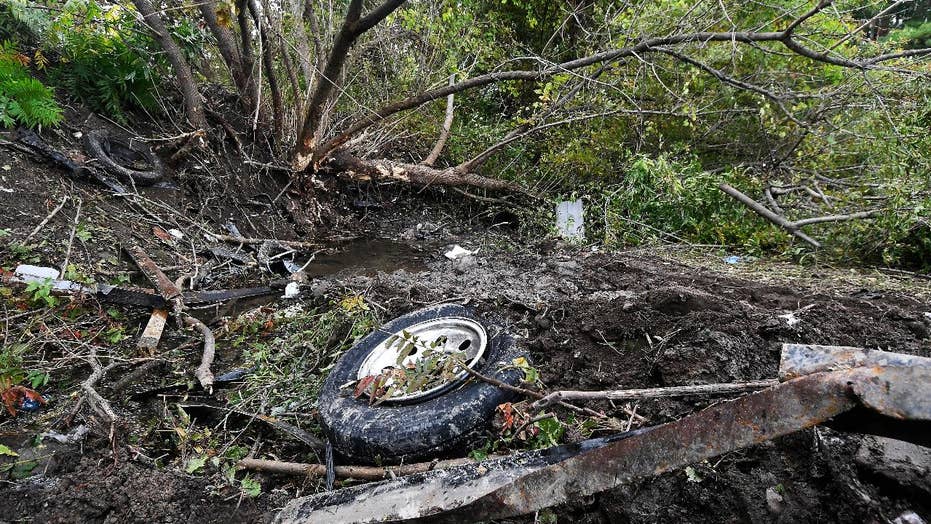 A deadly limousine crash in New York killed 20 people. Here’s what to know about the horrific accident.

A New York tire shop that was supposed to perform brake work on a limousine that later crashed, killing 20 people, never completed the job and falsified invoices, one of its former employees reportedly told investigators.

The claim surfaced this week in a letter Schoharie County District Attorney Susan Mallery wrote to the attorneys of Nauman Hussain, who ran the Prestige Limousine company with his father. Hussain is facing 20 counts of manslaughter in the second degree and criminally negligent homicide after one of his company’s limos blew through a stop sign and crashed into a parked vehicle in Schoharie on Oct. 6, 2018, in what was the nation’s deadliest transportation accident in nearly a decade.

Former Mavis Discount Tire manager Virgil Parks told investigators in September that he purchased a brake part that was to be installed on the limousine in May 2018, but later found out from a co-worker that the installation never happened, the letter says.

"Although the invoice from May 11, 2018, indicates that this part was installed, Mr. Parks informed us that an employee... told him that the part was not installed," it reads. "Mr. Parks told us that he did not perform the DMV inspection of the limousine but gave Mr. Klingman the NYS DMV inspector certification card he needed for the inspection.”

The letter added: “During the interview, Mr. Parks also informed us of a billing practice at Mavis in which certain services were substituted on invoices for the ones actually performed, in order for the store to meet sales quotas established by the corporate office."

A Mavis Discount Tire spokesperson said in response that “many of the statements attributed to Mr. Virgil Park, a former Mavis employee, in the October 7 letter… are inaccurate or misleading.”

“Mavis is committed to providing high quality, safe, affordable services to our customers. Our service and billing policies are honest, fair and sound and we vehemently disagree with any allegations to the contrary,” the spokesperson said in a statement obtained by WRGB.

Hussain’s attorneys are now trying to get the charges against their client dismissed, the Associated Press reported.

“Mr. Hussain and his criminal defense lawyers are attempting to falsely attack Mavis in a desperate diversion tactic to shift responsibility away from Mr. Hussain, where it solely belongs,” the Mavis spokesperson added.