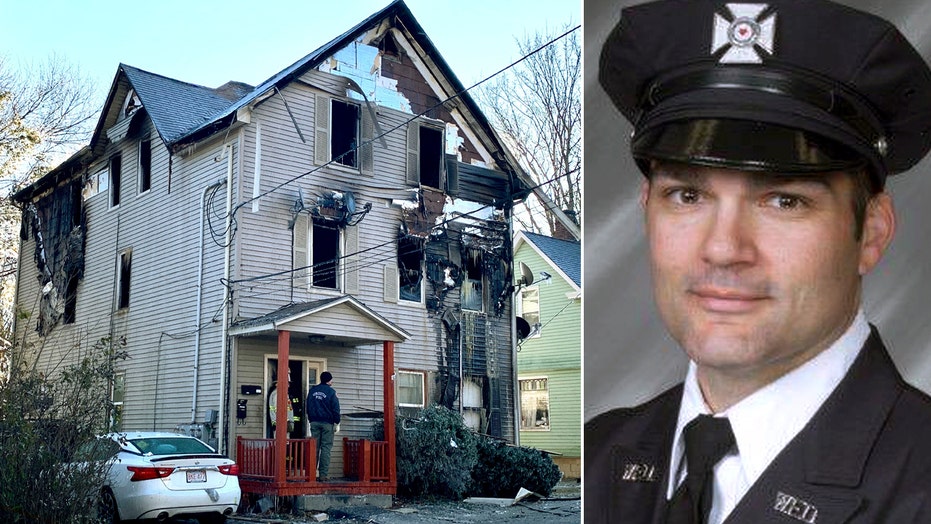 Several colleges in Massachusetts are honoring the life of heroic firefighter Lt. Jason Menard, who died last week during a massive house fire, by offering to pay the tuition for his three young children.

Menard, 39, died in the early morning hours of  Nov. 13 while searching a multifamily dwelling for a baby who was possibly trapped on the third floor, the Worcester Fire Department said at the time.

Menard helped two other young crew members from Ladder 5 to escape - even throwing one from the window. However, he was unable to save himself from the “heavy fire conditions."

Now, the very community that Menard lost his life protecting is giving back to support his wife Tania and their three children, Joshua, Hailee and Morgan.

Nine colleges, including the College of the Holy Cross, which was just a short walk from Menard’s station, have offered to pay for the tuition of his three children if they get admitted to the schools, MassLive.com reported.

The Massachusetts College of Pharmacy and Health Sciences has also offered free tuition to its graduate program under the same condition.

The Worcester Fire Department has also set up a memorial fund to help the Menard family.

According to a union official, Menard was preparing to take his family on a trip to Disney World just after his shift ended on the day he died.