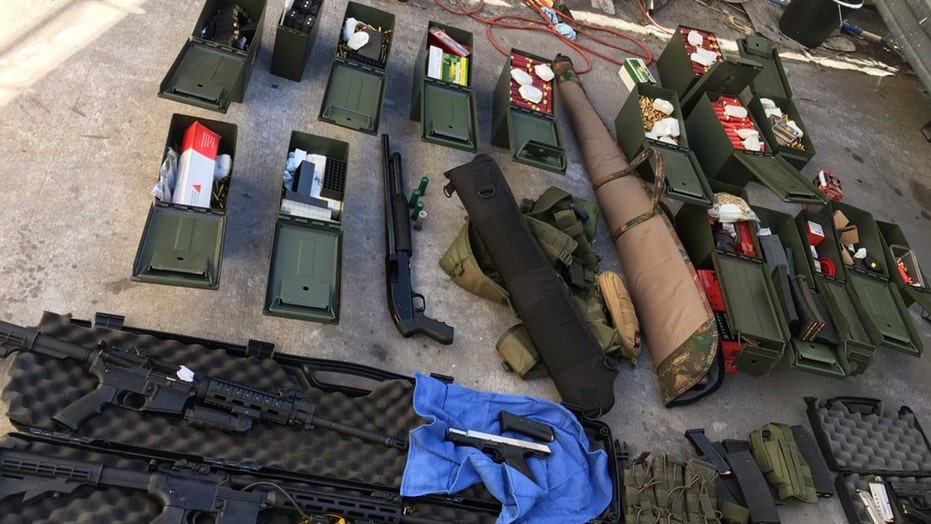 Potential mass shootings in California and Tennessee — at a Long Beach hotel threatened by a disgruntled employee and inside a Memphis church targeted by a truck driver who saw "spiritual snakes and spiders" — were thwarted after tipsters grew concerned by the would-be shooters' behavior, officials said.

In Indiana on Friday, authorities arrested Thomas Matthew McVicker, a 38-year-old truck driver who allegedly threatened to "shoot up" a church in Memphis. He made "credible threats to conduct a mass shooting and suicide," an FBI special agent said in a sworn affidavit obtained by The Associated Press. McVicker was arrested by Indiana State Police and the FBI.

Earlier this month, a friend of McVicker's living in Alabama told an FBI agent in Florida that McVicker was considering opening fire at a church, or killing random people on the street. But in a later phone call, the friend said McVicker said he planned his mass shooting at a church while in Memphis on Thursday. He allegedly told the friend he "intended to take his knife and slit the pastor's throat."

McVicker, according to his friend, claimed he wanted to kill people because "they put spiritual snakes and spider in my bed at night." According to the affidavit, McVicker said he'd "only seen them a couple of times but they take form and I can feel them crawling on me and under me."

The truck driver reportedly didn't make clear if there was a specific church at which he planned to carry out his threat, but authorities say he "insisted that 'something' would happen when he was in Memphis."

Separately, in California, Rodolfo Montoya, a 37-year-old "disgruntled" chef at a Marriott hotel in Long Beach, was arrested Tuesday after a co-worker said Montoya threatened to shoot everyone at the establishment.

Apparently upset about a human resources issue, Montoya allegedly told his co-worker about the plan, and that co-worker reported it to police, according to the Los Angeles Times.

Authorities searched Montoya's apartment in Huntington Beach and in a news release announced the discovery of "multiple firearms, hundreds of rounds of ammunition and tactical gear...including high-capacity magazines and an assault rifle" — items which police say are illegal to own in California.

Montoya had "clear plans, intent and the means to carry out an act of violence that may have resulted in a mass casualty incident,” Long Beach Police Chief Robert Luna said. “Because this was reported, I firmly believe that many lives were saved."

The arrests of McVicker and Montoya are only the most recent in a string of similar incidents, in which men have been arrested for allegedly threatening mass shootings. Last week, three men — Brandon Wagshol, 22, of Connecticut; Tristan Wix, 25, of Florida; and James Reardon, 20, of Ohio — were arrested after local authorities were tipped off about their alleged threats.