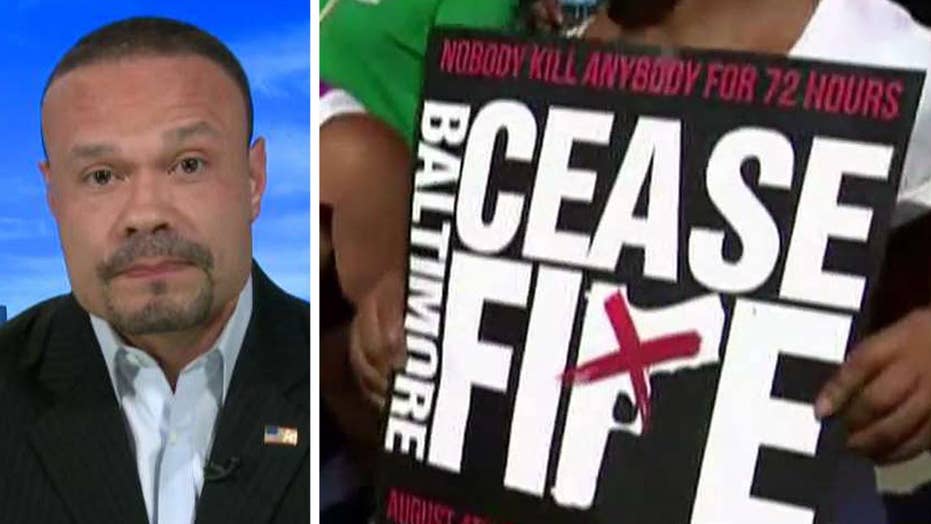 Baltimore's 'nobody kill anybody' weekend ends with 2 dead

The chief judge of the Maryland Court of Appeals has defended the way judges mete out sentences in criminal cases and says that they shouldn’t be blamed for Baltimore’s high homicide rate.

“If the decision is to be fair and impartial, judges must make decisions that sometimes are unpopular,” Mary Ellen Barbera wrote in an editorial for the Baltimore Sun published Thursday. “Sentencing in criminal cases demands difficult decisions by judges.”

She concluded: “There is no question that the violence in Baltimore City is tragic. The use of split sentences by judges, however, is not the cause.”

On Tuesday, Maryland Gov. Larry Hogan, a Republican, announced a "truth in sentencing" measure as part of a package of bills in the legislative session that begins in January. He told reporters after a closed-door meeting of the Baltimore City Criminal Justice Coordinating Council that too many judges are waiving prison sentences for probation for repeat violent criminals.

"I believe that that's not acceptable, and we keep putting those same exact violent people on the streets," the governor said. Hogan also expressed displeasure that judges declined to attend the meeting.

"We wanted input," Hogan said. "They refused to come."

Earlier this month, Barbera wrote in a letter to the governor that ethical constraints prohibit judges "from making statements about how they might sentence."

"The Code demands that judges evaluate and consider the specific circumstances in each case," Barbera added in the letter.

In her piece for the Sun, Barbera noted that much of the controversy has been because there is a misunderstanding about sentencing terms, adding that when people talk about suspended sentences most of the time they are actually referring to split sentences. A split sentence occurs when a defendant is sentenced to a period of incarceration and part of that period of incarceration is suspended.

“A split sentence is a tool used to craft a sentence appropriate to the individual defendant based on a number of considerations,” she wrote. “The judge takes into account the charge for which the individual is being sentenced, the defendant’s prior record and the likelihood of rehabilitation.”

With 231 slayings so far this year, Baltimore is on pace to have more than 300 homicides in 2017, threatening to set a record for bloodshed for the third consecutive year.

Baltimore Mayor Catherine Pugh, who attended Tuesday's meeting with Hogan, announced a violence prevention plan earlier this month. She echoed the governor's concerns about repeat violent offenders and his frustration that representatives of the judiciary were not in attendance.

"I guess we'll keep calling them," Pugh, a Democrat, said.

A Baltimore police officer attempts to secure a crime scene with tape at the scene of a shooting at the intersection of West North Avenue and Druid Hill Avenue in West Baltimore, Maryland. (REUTERS/Jim Bourg)

Some criticized the governor for not opening the meeting to the public.

"I know some people were concerned about why was the meeting closed, but people are much more frank and open and honest when you're having a serious discussion in executive session, as opposed to a media circus where people are just saying things to get attention or to score points," Hogan said.

Ben Jealous, the former head of the NAACP who is running for the Democratic nomination for governor in 2018, questioned that reasoning. He criticized the governor outside the state building where the meeting was held.

Attorney General Brian Frosh, who attended the meeting, also said he would have preferred an open meeting. He said nothing was said in the closed setting that hasn't been brought up in public somewhere else. He added he believes there was a mistaken impression held by some in the room about judges being able to suspend mandatory-minimum sentences. He also noted that the governor did not mention his legislative proposals in the meeting.

"The truth in sentencing package was not mentioned upstairs, but we have very tough laws," Frosh, a Democrat, said. "We need to do a better job enforcing them. Policing, prosecuting and putting people away who are a danger to others in society."