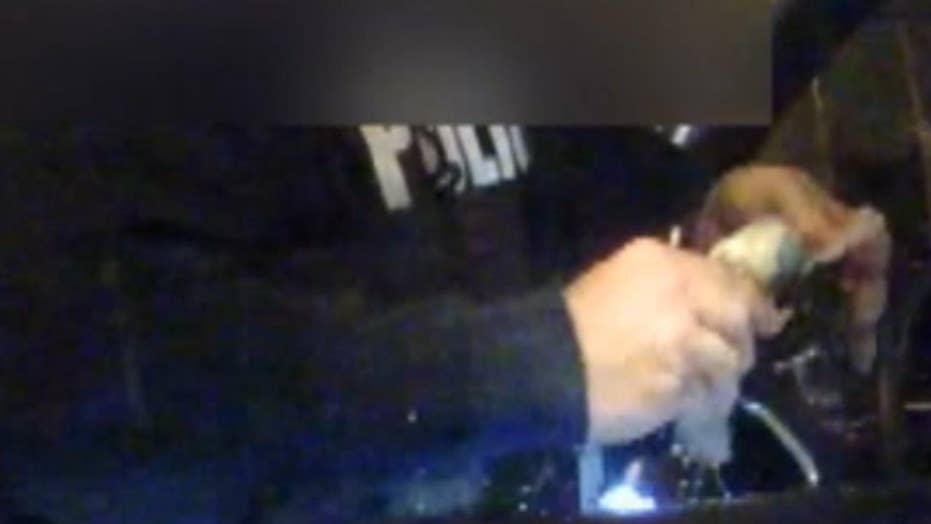 The office confirmed to Fox News that it does not plan to release the video, which allegedly shows the re-enactment of the seizure of evidence by an unknown number of officers in June.

“Whether planting evidence, re-enacting the seizure of evidence or prematurely turning off the department-issued body-worn camera, those actions misrepresent the truth and undermine public trust," she said referring to the latest case.

Hundreds of cases have already been impacted due to recent revelations from footage captured by members of the Baltimore Police Department, according to the State’s Attorney’s Office.

Here’s a look at the recent body camera controversies in Baltimore.

The "self-reported" video, the office said, showed a “re-enactment of the seizure of evidence" that was brought to the attention of the office on Aug. 2.

The incident took place in June, according to the office, and it is unclear how many officers were involved.

T.J. Smith, a police spokesman, confirmed that an officer’s “status has not changed as a result of” the recent allegations in an email to Fox News.

“We will address the issue that the officer ‘self-reported’ to the Police Department at a later time,” Smith said.

Smith did not respond to additional questions from Fox News, but he told the Baltimore Sun that “the officer felt [the video] deserved more scrutiny based on the things that have been in the news.”

“Officers who mainly work with the utmost credibility don’t want their credibility challenged because of a misunderstanding,” he said. “So this is a good problem to have, when you are self-reporting.”

A spokeswoman for the Baltimore State’s Attorney’s Office declined to discuss the body camera videos further than the office’s previous public statements.

If the re-enactment indicated any misconduct or negligence, it could affect all those cases.

The “problematic” video showed one officer searching a car but not finding anything. Shortly after, a different officer searched the same vehicle and immediately found a bag of drugs.

That body camera video impacted 237 cases, according to numbers provided by the State’s Attorney’s Office.

A police official confirmed this video is still under investigation.

The Baltimore Public Defender’s office also released a video in July that purportedly shows an officer planting a bag of pills in a tin can as other police officers watched.

The video, taken from the body camera of Baltimore Police Officer Richard Pinheiro in January, impacted approximately 227 cases, according to Mosby’s office. That number includes 68 cases that have been or will be dropped.

BALTIMORE STATION, ONCE A FOCUS OF ANGER, GETS FACE-LIFT

“We have long supported the use of police body cameras to help identify police misconduct, but such footage is meaningless if prosecutors continue to rely on these officers, especially if they do so without disclosing their bad acts," Debbie Katz Levi, head of the Baltimore Public Defender’s Special Litigation Section, said in a statement at the time.

Police Commissioner Kevin Davis suggested that officers could have forgotten to turn on their body cameras and recreated finding the drugs.

A police official confirmed this video is still under investigation. Pinheiro has been suspended from the department.