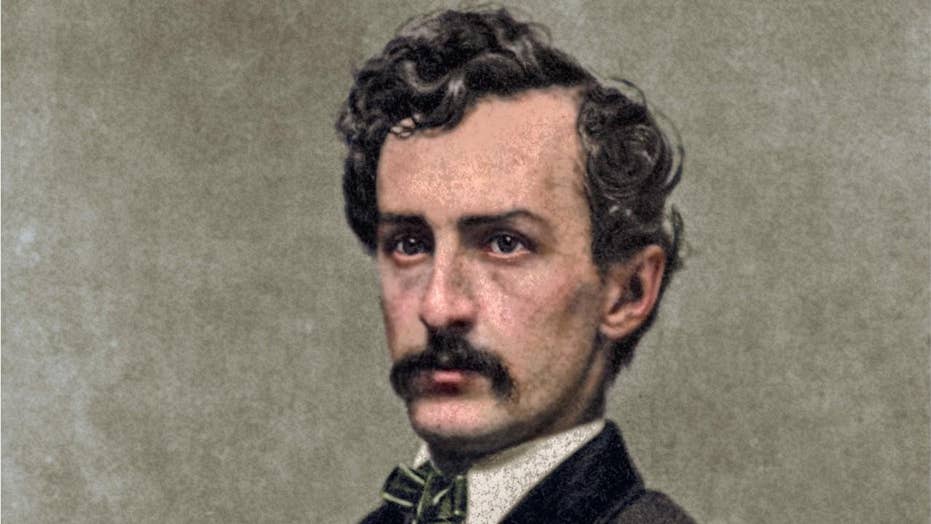 As cities nationwide make landmark decisions to remove Civil War monuments, a small Maryland town may make a shocking decision to erect a new one.

Sculptor and historian Gary Casteel, 72, has been searching for a location for his 90-foot coliseum-shaped Civil War memorial for nearly two decades, and now believes he may have found the right home for it in Taneytown, Maryland. The memorial would include 17 bronze scultures, 20 sculpted panels forming a complete timeline of the war from 1861 to 1865, and portraits of significant citizens throughout the war, including Harriet Tubman, Abraham Lincoln and, surprisingly, Lincoln's assassin John Wilkes Booth.

The response, Casteel says, has been mostly positive - but one Taneytown council member refuses to take the matter lying down.

A proposed Civil War memorial in a small Maryland town may include a sculpted portrait of Abraham Lincoln (left), Ulysses S. Grant (right) and other historic figures. Most problematic is the idea to include Lincoln's assassin, John Wilkes Booth (Gary Casteel)

Lifelong resident turned councilman Bradley Wantz issued a lengthy statement about the proposed memorial, arguing that it is offensive in nature and would bring hardship to Taneytown's 7,000 residents.

"I was shocked during a visit to the studio of Mr. Gary Casteel when it was revealed that he intended to display a relief portrait of John Wilkes Booth alongside the portraits of significant figures of the American Civil War," Wantz told Fox News.  He went on to argue that he does not view Booth as a significant figure of the American Civil War, and that his "one moment" was his infamous assassination of President Abraham Lincoln.

"This horrendous act does not justify memorializing Booth with a relief portrait equal in size and placement to those of President Lincoln, General Grant, or Harriett Tubman," he continued. "At the most, he deserves no more than a footnote dictating that he was responsible for the death of an admired president. Consider the fact that Booth’s own family chose to not mark his grave to avoid it becoming a memorial in its own way."

Casteel disagrees - arguing that just because one's reputation in American history is unfavorable, it doesn't mean they should be omitted.

"He is only there because of his significance during the war," Casteel told Fox News. "If you recognize his portrait, you'll never forget it. But if you never see it, guess what? It's only a name in the dark and you'll never know."

Casteel says that his inspiration for the ambitious memorial was sparked by his realization that there is no national memorial for the Civil War. Although there is a National Civil War Museum in Harrisburg, Pennsylvania, Casteel doesn't think that's enough.

He sprang into action, eventually contacting at least 30 well-known historians who, Casteel says, are the ones who chose the individuals who should be featured in the memorial.

"When I learned that there was not a national memorial for the Civil War approximately 20 years ago, I felt that should be corrected," he said.

This is another point that Wantz disagrees with.

"There is no one in the nation that would argue against the significance of the American Civil War," he wrote in a statement. "It was a time of turmoil in our nation, that pitted neighbor against neighbor, and often brother against brother. Of all of the conflicts in which our nation has been involved, this war boasts the most monuments, memorials, and statues than any other," he continued, citing the 13,000 monuments, statues and markers memorializing the Civil War nationwide, according to the Historical Marker Database.

Wantz also added that Taneytown would not be able to structurally handle an influx of new visitors coming to see the monument. The town has been in need of a bypass for some time, Wantz said, but using the newfound traffic as a "flashpoint" for the bypass would be "grossly irresponsible and shortsighted," he added.

Another issue brought up with the project is Casteel's membership in the Sons of Confederate Veterans group. According to the Washington Post, Casteel was instrumental in organizing a Confederate flag rally in March 2016 in Gettysburg. The rally was in response to the gradual removal of a number of prominent Confederate monuments nationwide. A little over a year later came the Charlottesville Unite the Right rally, which led to the violent death of one protester.

Casteel argues that his heritage has nothing to do with his art. In fact, he added, he's also a member of the Sons of Union Veterans.

"I am a very open-minded individual who respects history for what it is, not for what I wish to make it," he said.

Another Taneytown councilman, in accordance with the Mayor, released an additional statement saying that no decisions, including whether or not the memorial would be erected in the small town, have been made.