A homeless coordinator in Martha's Vineyard, the latest destination where migrants are being sent by Republican governors in an effort to bring attention to the southern border, said that the island doesn't have the resources to help them long-term and that they will eventually have to move 'somewhere else."

Lisa Belcastro was speaking to reporters Thursday about the community response to the newly arrived migrants.

"We don't have the services to take care of 50 immigrants, and we certainly don't have housing," she said. "We can't house everyone here that lives here and works here."

Her remarks came a day after Florida Gov. Ron DeSantis sent two planes carrying 50 migrants to the island off the Massachusetts coast, known primarily as a summer vacation spot for the wealthy, which prompted an impromptu response by local leaders.

FLORIDA GOV. DESANTIS SAYS FUNDS ARE IN PLACE TO BUS ILLEGAL MIGRANTS OUT OF HIS STATE 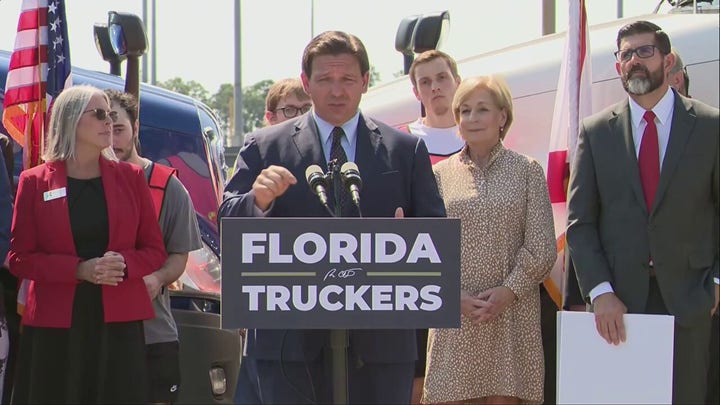 "States like Massachusetts, New York and California will better facilitate the care of these individuals who they have invited into our country by incentivizing illegal immigration through their designation as ‘sanctuary states’ and support for the Biden administration’s open border policies," the governor’s communications director, Taryn Fenske, told Fox News Digital on Wednesday.

The arrival of migrants came as a surprise to everyone, Sue Diverio, executive director for Harbor Homes, a shelter helping to shore up resources to care for the migrants, many of whom are from Venezuela, told Fox News Digital.

"Dealing with immigration populations is nothing new to us, however with a plane landing, and you don't even know it's coming, that kind of puts a different level of crisis intervention into it," she said. "It was definitely an unexpected arrival of refugees."

She said the shelter normally works with immigrants from Jamaica and Brazil and services 125 chronically homeless people annually. Affordable housing on the island is large part of the homeless issue, Divero said. 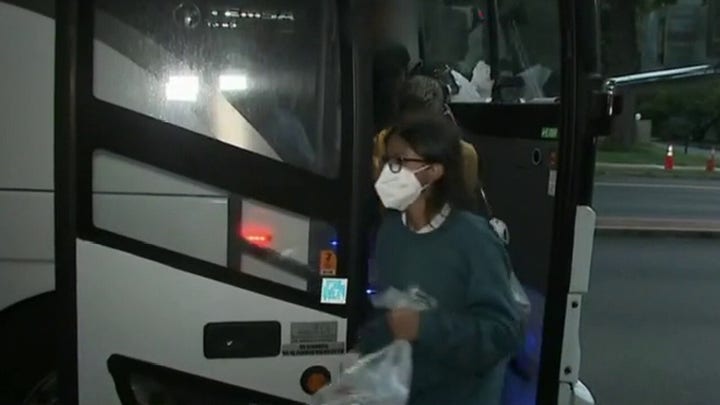 The community response to the migrants has been positive, Belcastro told reporters. She noted that the migrants are not asking for handouts and instead are looking to earn their keep.

She recalled one man asking where to catch a ferry to the mainland to look for a job to take care of his family.

The migrants are being used as "pawns" in a "political game," Belcastro said.

"They're human beings… and they don't deserve to be treated as they're being treated," she said. "They need care, and they need our help."

"This is a community rallying to support immigrants children and families. It is the best of America," he tweeted Thursday.

The move by DeSantis has infuriated Democrats and is similar to Texas Gov. Greg Abbott, who has bussed migrants to Chicago, Washington, D.C., and New York City in an effort to bring attention to what he says is the federal government's inaction at the southern border and to alleviate the stress on border towns tasked with caring for newly released migrants in the United States.