Father killed in hotel lobby when visiting son at college

Fox News' Alexis McAdams on the suspect who shot a father in a New York hotel lobby while visiting his son at college.

EAST NORTHPORT, N.Y. – Neighbors of the New York man who was shot and killed in the lobby of a suburban hotel, where he was staying for "Family Weekend" at his son’s nearby college, remembered him as "one of the best" while joining local officials in criticizing policies that allegedly make violence "ordinary course of business."

Paul Kutz, 53, was married with three adult children and owned a Long Island financial planning business. He was shot and killed early Sunday morning when police said he was gunned down by a homeless man whom he didn’t know during a "random" attack in a hotel lobby.

Kutz was staying at a Courtyard by Marriott hotel in the New York suburb of Poughkeepsie to visit his son, a college student at the nearby Marist College, when tragedy struck, officials have said. As of Tuesday morning, any police presence was gone from the rainy entryway to the hotel. Media and mourners flocked to the family’s Suffolk County home.

One of Kutz's neighbors, who identified himself as a former police officer, blamed the circumstances of the current political climate for Sunday morning's tragedy.

Paul Kutz with family in a Facebook photo from 2013. (Facebook/Paul Kutz)

Dutchess County Executive Marcus Molinaro told Fox News Digital on Tuesday that the aftermath of Kutz’s death "isn’t about being political," but he said the current crime policies are a "problem."

"New York State has created a climate where violent crime is acceptable, and that has to change. Policymakers have decided that law-abiding citizens are secondary and that those who commit crimes are afforded protections that embolden more crime. Those who act out violently know that they do so in a state where there are fewer and fewer consequences. And so it gets worse and worse," he said by phone.

Police prepare to enter the hotel where a man was found shot to death in Poughkeepsie, New York, on Oct. 2, 2022. (Action News)

He added: "This particular crime, this murder may or may not have been preventable. But what is preventable is changing the culture in New York that accepts criminal behavior and violence as sort of the ordinary course of business."

The ex-cop neighbor, who did not give his name, decried both New York Attorney General Letitia James and the progressive push for cashless-bail release.

"They shouldn’t have been out," he said of the two men arrested in connection with Kutz’s death. "And I hope they don’t get out now."

Other neighbors who live on the family’s street called the Kutz family "the nicest family ever — perfect neighbors, humble, quiet."

"It’s a tragedy," said one neighbor, who asked not to be named.

He said two of the victim’s three sons had already graduated from college; their third is attending Marist College. 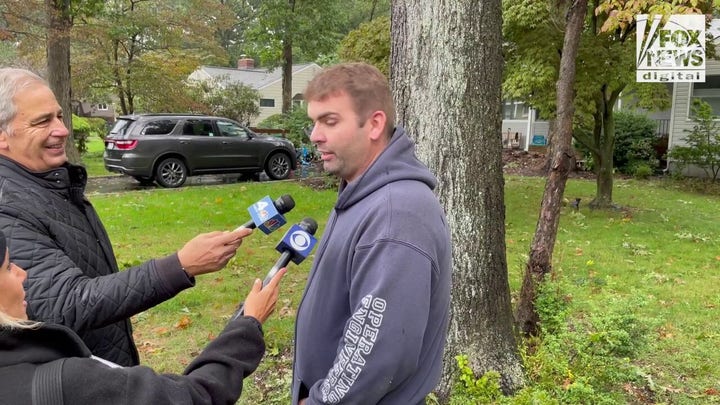 The unnamed neighbor said Kutz was "one of the best."

A second neighbor said he had known Kutz "for years" and said he had a "beautiful family."

"It’s such a loss," the neighbor said. "[Paul] would always help whenever you asked."

Undated photograph shows Paul Kutz, who was shot and killed in a random shooting in Poughkeepsie, New York, on Oct. 2, 2022. (LinkedIn)

Local officials have not publicly named Kutz, who was identified in court papers. A representative from Kutz's accounting firm, Kutz & Company CPAs, did not respond to an email request on Tuesday morning.

Officials have said Kutz was the victim of a "random act."

Officers with the Poughkeepsie Police Department were called to a Courtyard by Marriott on South Road near Evergreen Avenue in Poughkeepsie around 7:30 a.m. Sunday for a report of a "disturbance" that involved shots being fired, the agency wrote in a post on Facebook.

Police arrived and discovered Kutz with gunshot wounds to his chest and torso inside the hotel, court records show. He was rushed to an area hospital but could not be saved.

Investigators determined that shots were fired both inside and outside the hotel, which is located a little more than four miles from Marist College. 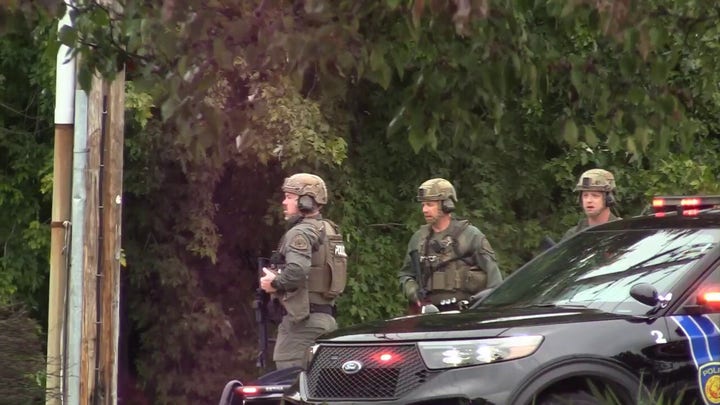 A search of the building revealed "manuals related to the making of explosive devices, as well as materials with the potential to be used as explosives" in a hotel room, police said.

Roy Johnson Jr. and Devin Taylor, who are both listed as homeless, were arrested Sunday on charges related to the early morning shooting at the Marriott, which is located just miles from Marist College in Poughkeepsie. Booking photos obtained by Fox News Digital on Tuesday show each of the straight-faced suspects, who are being held at the Dutchess County Jail.

Image shows mugshot photo for Roy Johnson, who was arrested in connection with the Oct. 2, 2022, shooting at a Marriott hotel in Poughkeepsie, New York. (Dutchess County Jail)

Johnson, 35, allegedly shot and killed Kutz. He was charged with second-degree murder and criminal possession of a weapon. He was ordered held without bond.

Taylor, 26, was charged with two counts of criminal possession of a weapon and was ordered held on $500,000 cash bail or $1 million bond, police officials have said.

Image shows mugshot photo for Devin Taylor, who was arrested in connection with the Oct. 2, 2022, shooting at a Marriott hotel in Poughkeepsie, New York. (Dutchess County Jail)

She added that the agency does not work with the Courtyard by Marriott "for any housing services."

A spokesperson for Marist College said the school is "respecting the privacy of the family and ask others to do the same."