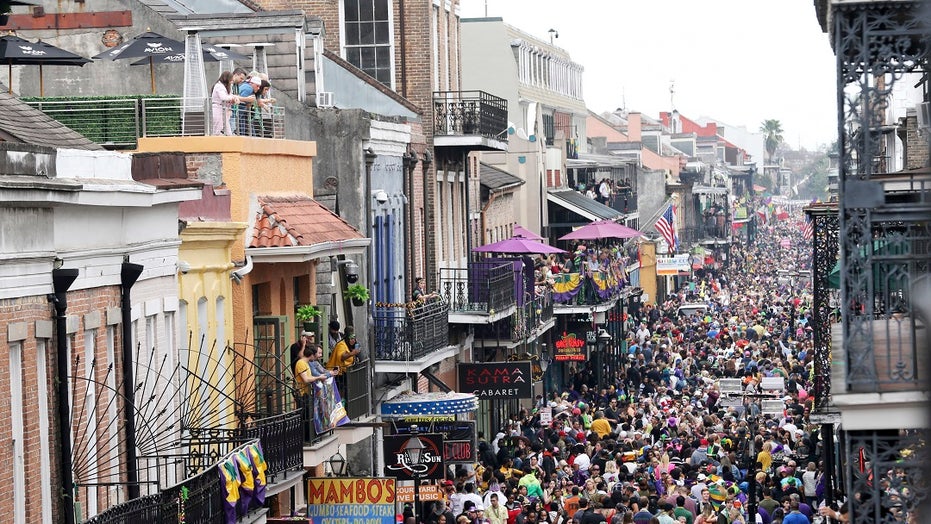 New Orleans is quickly becoming a hotspot for the coronavirus, and the city's jam-packed Mardi Gras season could be the reason why, according to medical experts.

More than a million revelers crowded into the city's famed French Quarter and other neighborhoods over several weeks to celebrate the costumed gathering, the culmination of the Carnival celebration. The Mardi Gras season ran from Jan. 6 to Feb. 25, or Fat Tuesday.

In the weeks after, the coronavirus pandemic has spread across the United States, overwhelming hospitals in some cities and prompting lockdowns of several urban areas. The "Big Easy" -- one of the nation's most impacted cities -- had a reported at least 997 cases.

Statewide, Louisiana is experiencing the fastest increase in new cases in the world. As of Thursday, the state reported 2,305 cases, including 83 deaths.

Bourbon Street is a sea of humanity on Mardi Gras day in New Orleans. In the city here, the old saying “Let the good times roll” has given way to a new municipal maxim: “Wash your hands.” A month ago the city was awash in people and steeped in its annual tradition of communal joy — the Mardi Gras season. (AP Photo/Rusty Costanza, File)

Orleans Parish, where New Orleans is located, reported 46 deaths, the largest number anywhere in the state.

Gov. John Bel Edwards on Thursday said the current pace puts his state on par with Spain and Italy, two of the hardest-hit countries impacted by the pandemic.

Medical experts said large crowds most likely contributed to the spike in infections, which are a breeding ground for contagions to spread.

“I think it all boils down to Mardi Gras,” Dr. F. Brobson Lutz Jr., a former health director of New Orleans and a specialist in infectious disease, told The New York Times. “The greatest free party in the world was a perfect incubator at the perfect time.”

WHAT'S IN THE CORONAVIRUS RELIEF BILL THAT THE SENATE PASSED? 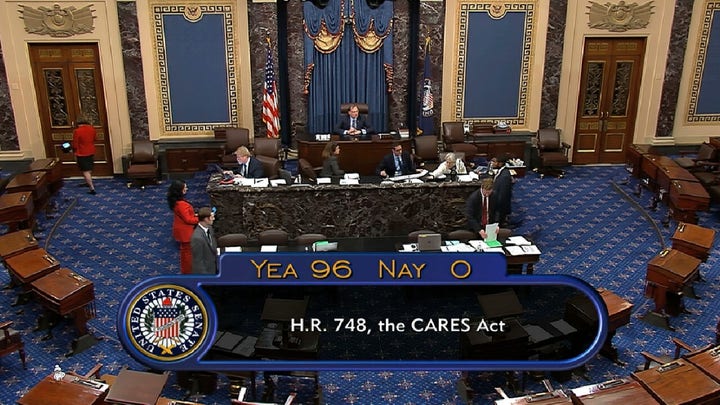 Not many Americans were thinking about social distancing and hand-washing during January and February. Most regions in the U.S. began enacting measures to counter the virus in March.

“People are really packed close together, especially for some of the big parades in the downtown section and really all along the route," said Dr. Richard Oberhelman, chairman of the Department of Global Community Health and Behavioral Sciences at Tulane University's School of Public Health and Tropical Medicine. "There are a lot of opportunities for close contact and transmission."

Edwards has since ordered all bars, restaurants and movie theaters closed, in line with many large urban areas in an effort to slow the rate of infections. The city's next big gathering, the New Orleans Jazz and Heritage Festival, has also been postponed.

Even for a state well-versed in disaster response, Louisiana, like many others, is struggling to confront the outbreak.

“If you have a flood or a hurricane it’s only a small part of the country that’s affected, so you can get the full attention of the federal government and you can get a lot of help from sister states,” Edwards said. “That’s not possible right now because this is in every state in our country.”