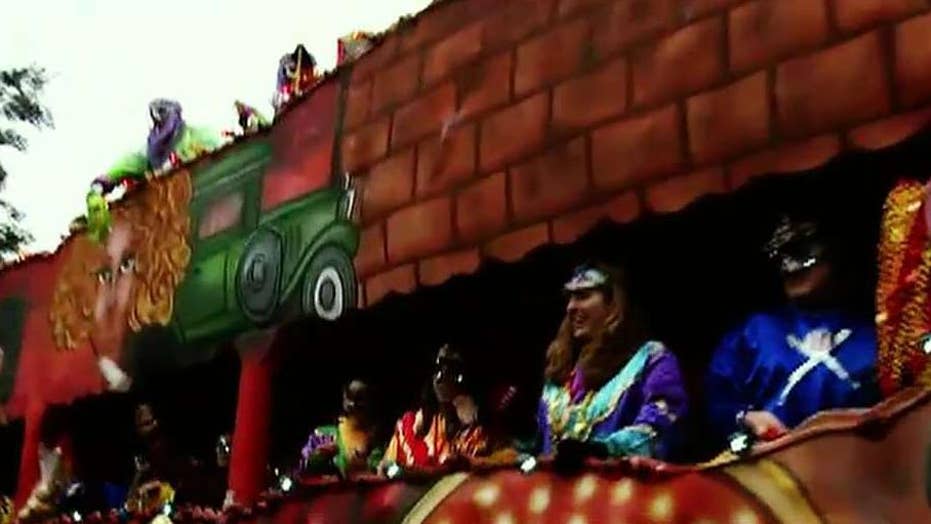 The Legion of Mars is the only parade crew dedicated to and populated by veterans and active military; Fox News contributor Raymond Arroyo joins the festivities in New Orleans.

While the event, the culmination of the Carnival celebration, is recognized around the world, most people associate it with the Louisiana city, many other parts of the country have their own Mardi Gras (or Mardi Gras-like) celebrations.

Many cities across the United States have their own Mardi Gras celebrations, or celebrations closely connected to the holiday. (iStock)

Mardi Gras, or Fat Tuesday, is the day before Ash Wednesday, which marks the beginning of Lent for Catholics. Many celebrators use the night to enjoy rich foods, drinks and parties before the Catholic season of fasting and abstinence begins.

New Orleans may be known as Mardi Gras central, however, the holiday originally started in America in Mobile, Ala. The area is known for having some of the oldest traditions related to the celebration. While many of the festivities in New Orleans are open to the public, Mobile does things a little differently.

Mystic societies organize parades and balls for their members, guests and in some situations, the public, according to Krewe Central. While there are still plenty of public celebrations, like parades where society members toss small gifts to spectators, there are other private parties being thrown as well.

Meanwhile, things are less secretive in Dallas, Texas. For nearly two decades, the area has celebrated Mardis Gras Texas Style! (which is the name of a popular music festival). According to an event listing for the festival, “20 of the hottest Texas County Music acts” perform across five stages.

Lastly, Detroit keeps the party going well into March. Several weeks after Mardis Gras, the city throws a similar celebration, although one with darker origins. Around the time of the Spring Equinox, the city celebrates the Marche du Nain Rouge, where the city waits to see if the legendary harbinger of doom will make an appearance.

The Nain Rouge is a creature from local legend whose appearance is a sign of misfortune.

According to Visit Detroit, at the Marche du Nain Rouge, krewes from Mardis Gras join together to build floats, play music and wear costumes.