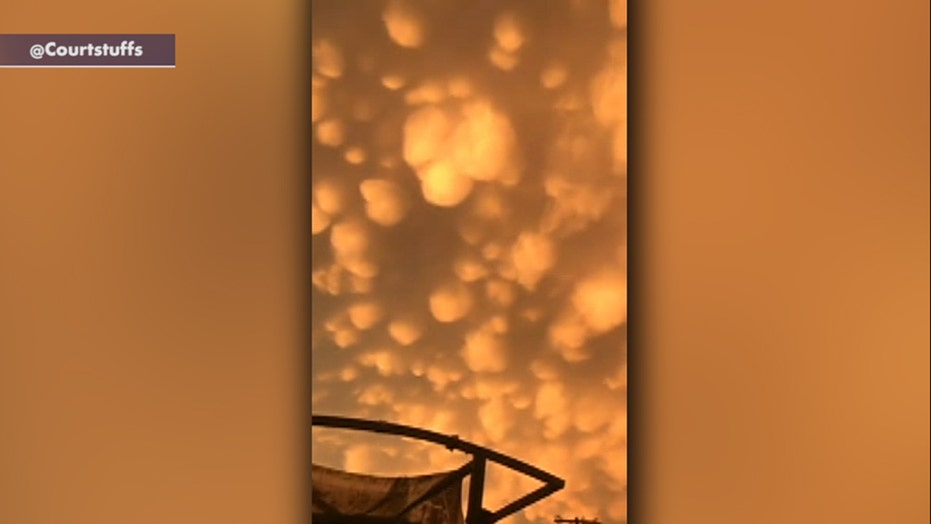 Raw video: Cloud formation glows orange in the sky above Tulsa, Oklahoma after a severe storm with tornado warnings swept through the city and surrounding counties.

A severe thunderstorm that spawned a tornado warning in Oklahoma left behind a stunning sight in the sky, as the storm system headed to the South Wednesday.

The line of thunderstorms that blasted through Oklahoma and dove toward the Gulf Coast brought large hail, widespread damaging winds, torrential downpours and the threat of tornadoes.

"We've had rounds of severe weather for the month of April, way ahead in terms of tornado reports," Fox News senior meteorologist Janice Dean said Monday on "Fox & Friends."

The storm swept through the Tulsa and surrounding areas Tuesday night. Large hail and lightning also were reported in the area.

After the storms moved through, heavy "mammatus clouds" could be seen in the skies above.

Mammatus clouds can be seen over Tulsa, Oklahoma, on April 28 after a severe tornado-warned storm swept through the city and surrounding counties. (@Courtstuffs via storyfyl)

According to the National Oceanic and Atmospheric Administration, mammatus clouds are formations with rounded, smooth, sack-like protrusions hanging from the underside of a cloud.

The UK's Met Office says the clouds are some of the "most unusual and distinctive" cloud formations.

Mammatus clouds can be seen in the skies over Tulsa, Okla. after severe thunderstorms on Tuesday. (NWS Tulsa)

The clouds typically form as a result of air turbulence within large cumulonimbus structures.

"Mammatus clouds generally form in the most unstable cumulonimbus, meaning that there is also a chance of hail, heavy rain and lightning in the vicinity, and if the air is cold enough during winter they can produce snow," according to the forecast office.

Video posted to Twitter shows the line of storms arriving in the area.

While forecasts said that tornadoes are possible on Wednesday, the bigger threat is damaging wind. Gusts over 75 mph -- hurricane force -- are possible in some storms. 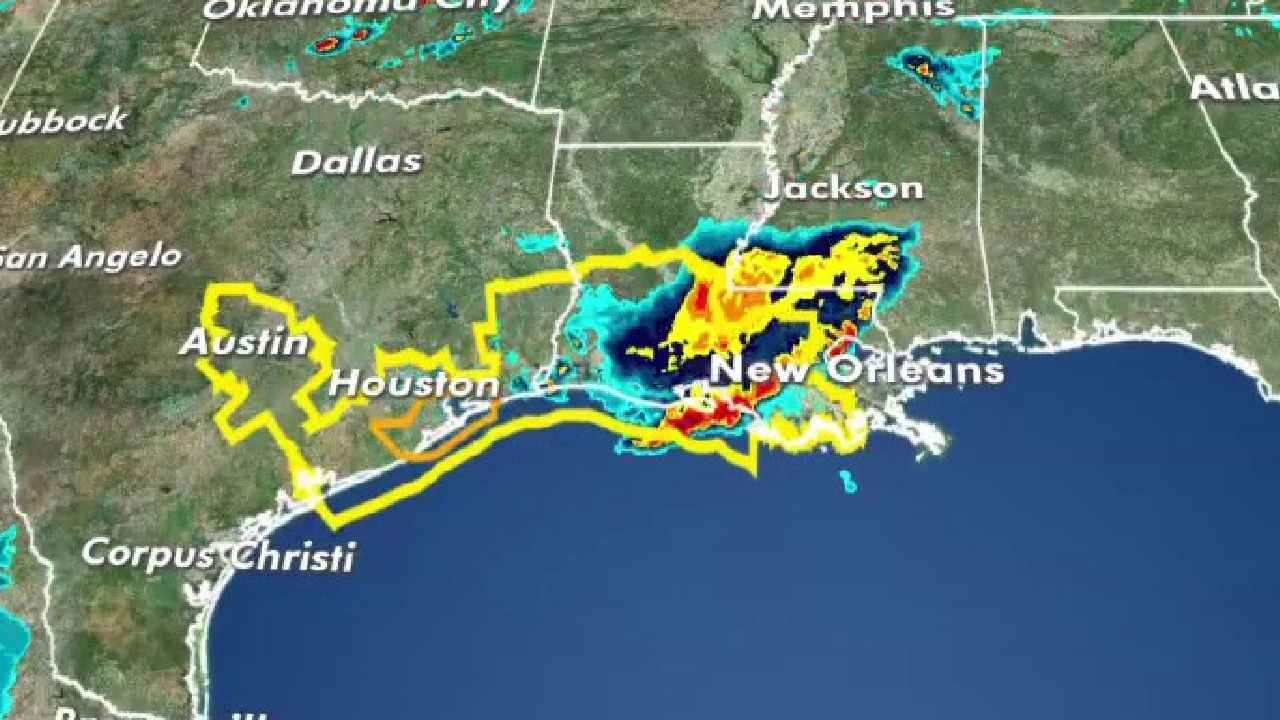 "The main threat with these storms is going to be straight-line wind damage and in some cases, that's almost as potentially dangerous as tornado damage," Dean said on "Fox & Friends."

On Wednesday afternoon, storms will redevelop from the Central Gulf Coast to the Southeast. According to Dean, storms will present a threat from the Mid-Atlantic and Ohio River Valley.

The forecast for severe weather on Wednesday. (Fox News)

According to the NWS Storm Prediction Center (SPC), places such as Atlanta, Charlotte, Jacksonville, Fla., and Birmingham also may see damaging winds on Wednesday.

Besides the severe weather, the threat of "very heavy rainfall" and flash flooding also exists.

The threat for severe weather is forecast to continue across the Southeast on Wednesday. (Fox News)

"We could see several inches of rain in a short period of time," Dean said.

Flash-flooding may be a possibility due to a storm system as it moves into the Northeast. (Fox News)

The storm system is forecast to impact the Northeast by Thursday.

"All of this rain is going to come up towards the Northeast in the next couple of days as well, so just keep that in mind," Dean said.