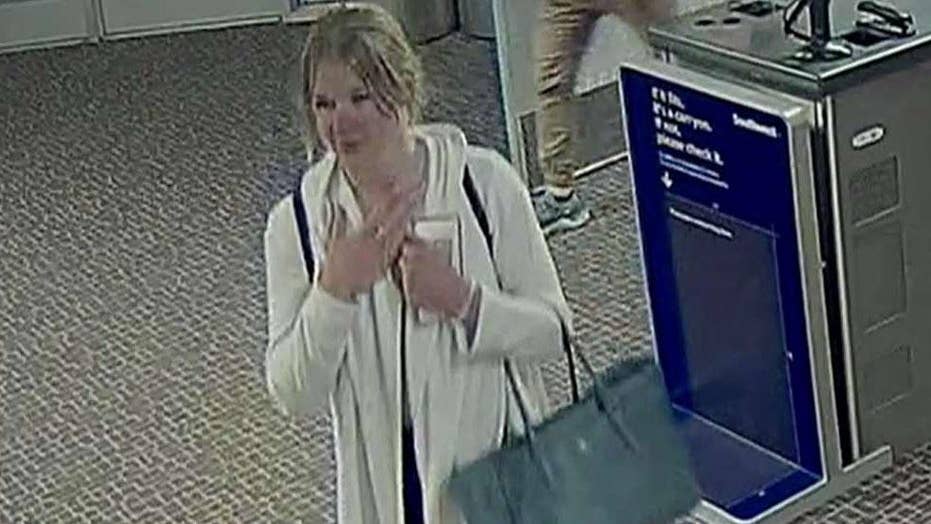 23-year-old Mackenzie Lueck was last seen getting into a car at a local park at 3 a.m.; insight from Tim Doubt, Salt Lake City Assistant Police chief.

The University of Utah student who disappeared after ordering a Lyft and being dropped off at a local park last week was texting someone before she vanished, police in Salt Lake City told Fox News exclusively, saying they have surveillance video and a digital trail to prove it.

Appearing on “Shepard Smith Reporting” on Wednesday, Salt Lake City Assistant Police Chief Tim Doubt said investigators have spoken with the last known person to be communicating with 23-year-old Mackenzie Lueck before she disappeared, and that the person was cooperating with their investigation.

When Shepard Smith asked if that person was considered a person of interest in the case, Doubt answered, “We don't have any persons of interest right now.”

“Everybody is pretty much still in the game,” Doubt continued. “We don't want to rule out anybody because we haven't really found any evidence that anything really happened to her, foul play-wise. It’s just very concerning that she's missing for this long and she just completely dropped off the grid.”

The revelation came one day after police released images from the “last known footage” of Lueck taken from surveillance cameras at Salt Lake City International Airport. The images showed her at the airport between 2:09 and 2:40 a.m. June 17, about twenty minutes before a Lyft driver dropped her off at Hatch Park in North Salt Lake, police said.

“We know she was texting someone at the airport,” Doubt told Smith on Wednesday, adding that investigators were looking into it.

“I know [the funeral] was a very traumatic event for her,” Stoner said. “She was close with her grandma. She’s close with all of her family. And so, I had texted with her over that weekend, just letting her know that I was there for her, and if there was anything that I could do, but after that, I haven’t heard [anything].”

Police and friends have been investigating the disappearance of the University of Utah student who hasn't been heard from since she flew back to Salt Lake City last Monday after visiting family in El Segundo, California. (#FindMackenzieLueck via AP)

Police told reporters on Tuesday they could not confirm the make or model of the vehicle that picked up Lueck from Hatch Park or the description of the person inside.

“The description we have is vague. It could have been a male or a female,” Doubt told reporters, adding: “We have exhausted all avenues of determining that information and ask that person to please call us.”

Doubt said the Lyft driver who dropped off Lueck at the park eight miles from her apartment told investigators she did not seem in distress when she met the person at around 3 a.m. The Lyft driver has been cleared as a potential suspect, police said.

Mackenzie Lueck, 23, a senior at the University of Utah, was last seen more than one week ago. (Salt Lake City Police via AP)

When speaking with Smith on Wednesday, Doubt said it was out of character for Lueck to cut contact with her family completely.

“It's not like in her character to drop off the grid,” Doubt told Smith. “I don't know why somebody would meet somebody at 3:00 in the morning in a park. It just was not in her character that we can find when we look into her life.”

Police said security cameras at the park where Lueck was last seen appeared to be dummies, meaning they didn’t record video, Smith reported.

“In this case, we are just we're stumped. We're not sure what happened,” Doubt told Smith on Wednesday.

When asked if there was anything in Lueck’s search history, emails, or social media that could give investigators a clue, Doubt answered, “We have quite a few leads that we're following up on. This isn't the normal, typical missing person with bloodhounds. This is more of a digital search for a person.”

He continued, “We're combing through all of that digital evidence that we have accumulated through search warrants and looking into her life.”

During the interview, Smith referenced reports that Lueck may have met someone on a dating app and that the case may have included a rendezvous in the park with somebody she met online. When Smith asked Doubt to comment on those reports he said, “In this day and age, dating apps are pretty common so we just want to make sure that we're following up on all of those leads.”

When Smith asked if Doubt had access to her digital history, Doubt said, “We do.”

“If you have access to her digital history, was there a moment when she said to someone else, I'll meet you in the park?” Smith asked Doubt.

“We don't have that. We don't have any of that,” Doubt answered. “We know that she was texting someone at the airport and we’re trying to follow up on that right now but with these apps nowadays that you can secure down, that are secret and you can have different identities, it's just really hard to track.”

Lueck’s parents said they last heard from her around 1 a.m. on June 17, when Mackenzie texted them and told them her flight had landed.

Lueck is a part-time student in her senior year majoring in kinesiology and pre-nursing. She has been a student at the university since 2014 and is a member of The Church of Jesus Christ of Latter-day Saints.